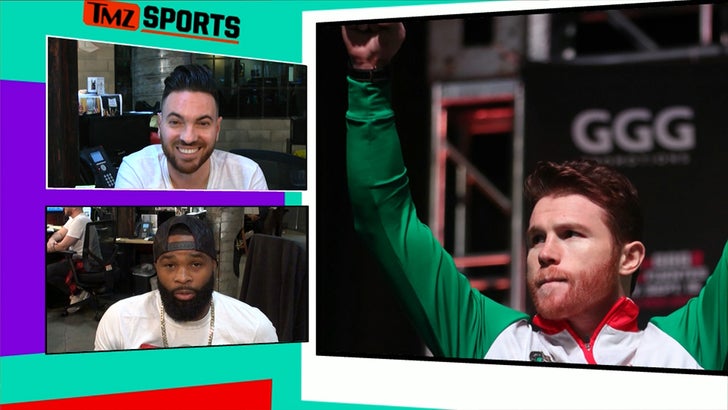 Tyron Woodley says his true love is boxing, and his dream match-up is Canelo Alvarez. Oh, and T-Wood says if he landed a power shot, it'd be lights out for the Mexican star.

The UFC superstar joined Babcock on the "TMZ Sports" TV show (airs weeknights on FS1) ... when Tyron revealed that boxing -- and not mixed martial arts -- was his first love.

"All I wanted to do is box when I came up. I just started MMA at 23, so I felt I was a little old to start boxing at that age. But, since I was a kid, that's the only sport I've ever wanted to do. So, most of my training is boxing training."

And, just 'cause he hasn't officially stepped into the ring, doesn't mean Woodley couldn't knock high-level boxers on their asses.

"I still can box right now."

We asked Tyron for his dream match-up ... and it ain't Logan Paul.

"His defense is crazy. Slipping uppercuts. Who slips an uppercut? Make you look real stupid. So, I'm throwing all unorthodox. I'm coming and I'm trying to knock him out."

And, if Tyron touches Alvarez ...

"If I land, he's going down. Lets not even play. If I hit Canelo with everything, throw some ass on the punch, it's a wrap." 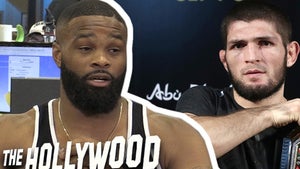 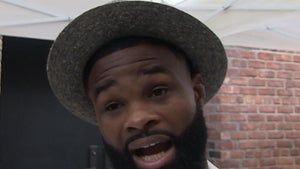