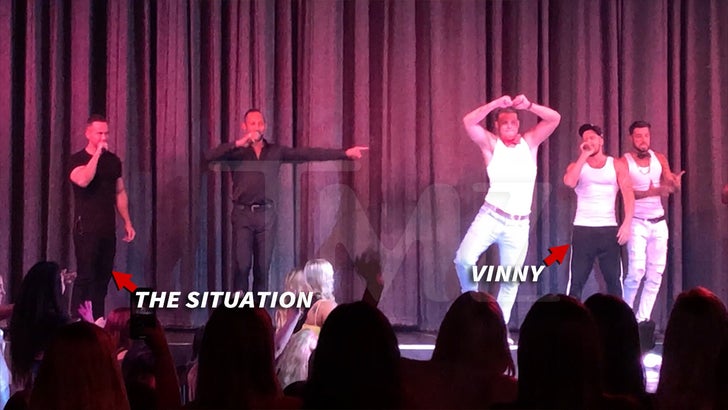 Mike "The Situation" Sorrentino hopped onstage at a Chippendales show, but he didn't let it all hang out ... he judged how well other guys could hang.

The "Jersey Shore" star was in Vegas Sunday night along with his wife, Lauren, and Pauly D to watch Vinny Guadagnino reprise his now-legendary routine for one night only ... and his pal invited him up to join the fun.

Vinny asked Sitch to judge a contest to see which of 3 aspiring dancers was most fit to be a Chippendales performer, but he tried to coax Mike into trying out himself.

Check it out ... Situation insists to the crowd, including Lauren, he's just there to judge, but adds a "for now" ... hinting he might put his stripper background to use sometime soon. 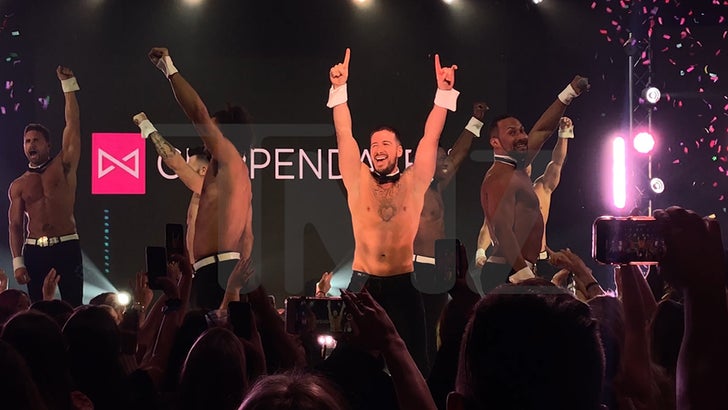 As we told you ... Vinny definitely thinks Mike has what it takes, but we're told Sorrentino was actually a little shy Sunday night -- he even refused to take his shirt off!!!

Pretty shocking considering The Sitch is all about his abs ... but maybe he's just saving up for his real debut.

Though, when he said he wanted to see some confidence from the contestants, Vinny declared, "I wanna see some d*ck!" ... so perhaps Mike's just not ready for that situation yet.

After all ... that wasn't part of his post-prison plan. 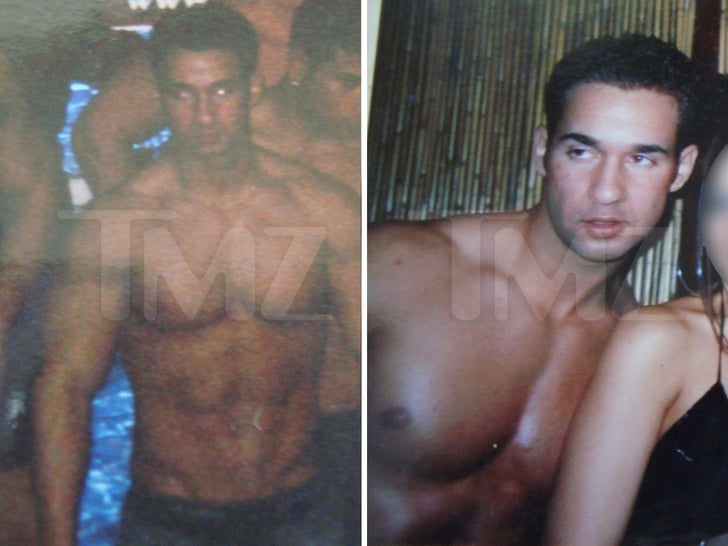 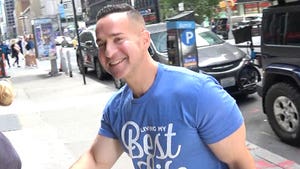