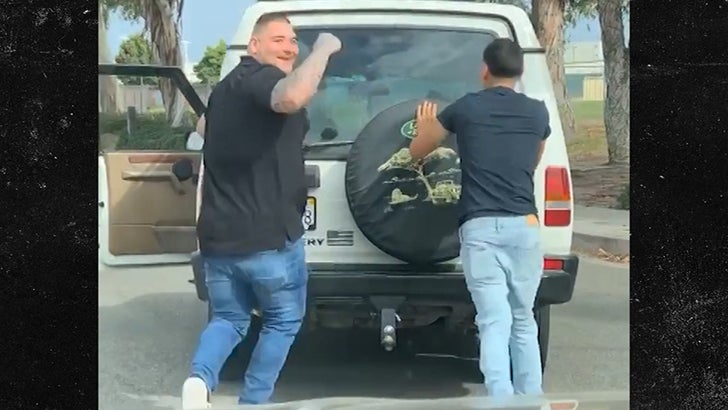 Andy Ruiz sprang into action after seeing an elderly man struggling to push his stalled car over the weekend -- hopping out of his ride to lend a heavyweight hand!!!

The boxing superstar was cruising with his childhood buddy, Alexander Martinez, in his pricey Lamborghini Urus when he spotted a guy struggling to move his Land Rover in the street.

That's when Martinez says Ruiz jumped into action ... telling The Sun, "Andy noticed he was trying to push the car himself and we pulled over and he got out with Anthony Garnica, a fellow fighter."

You can see in the video what happens next ... the two fighters get the stranded car through the intersection and to safety in a hurry -- and it's pretty awesome footage.

Both dudes struggle to keep their jeans up (seriously, guys, get a belt!!!) while pushing the car ... all while Martinez jokes about this being part of Ruiz's training for Anthony Joshua!!!

"They pushed the car and got back in," Martinez said of the deed. "The guy had no idea who he [Ruiz] was which was cool."

Seems like nobody was injured in the whole ordeal ... and it looks like the man's car is going to be fine after some minor repairs.

Props to the guys for the cool move!!! 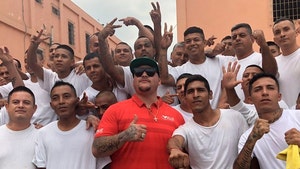 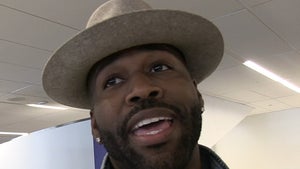