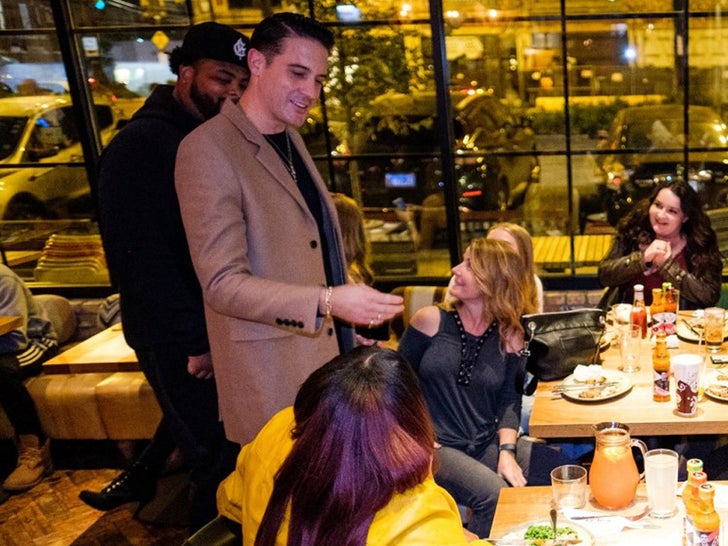 G-Eazy's giving getting saucy a whole new meaning ... after treating 100 fans to a chow down at his favorite chicken joint.

The "Me, Myself & I" rapper corralled 100 of his most fervent fans Friday night in Chicago for a spicy spread at Nando's PERi-PERi Chicken (think Chipotle but with an explosive taste featuring chicken).

G-Eazy kicked off the weekend by asking his more than 8.3 million Instagram followers who wanted to grab dinner. The first 100 to RSVP to the number he posted got directions to Nando's in Chi-Town for a free meal. 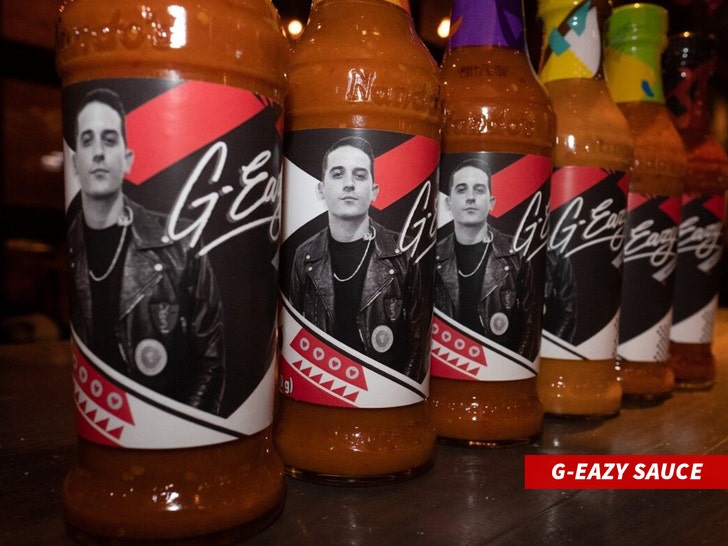 The rapper more than delivered ... treating fans to an insane spread of 25 chicken platters (that's about 100 quarter chickens if you're counting), 300 wings, plus tons of sides that included mashed potatoes, fries, spicy rice, macho peas and garlic bread.

The night ended with "Naughty Natas" ... traditional Portuguese tarts served warm with a sprinkle of cinnamon sugar. G-Eazy picked up the tab ... to the tune of well over $1,000!!!

But, that's not all ... fans also got to mingle with G-Eazy, and also each fan left with a limited edition G-Eazy Nando's sauce bottle. Dude's clearly obsessed with Nando's, an original South African joint that spread like fire in the UK before making its way to the U.S. with 42 locations in D.C., Illinois, Maryland and Virginia.

No, seriously. G-Eazy loves it so much it's practically all he eats when he's in the UK. The obsession's legit ... G-Eazy dropped the joint's name when he made his debut on Charlie Sloth's "Fire in the Booth" segment for BBC Radio.

G-Eazy rapped, "Yeah, PERi-PERi on the Nando's, couple deals on the table, watch me land those." One of Nando's slogans ... "I bring a lot to the table."

G-Eazy and Nando's ... a match made in chicken heaven. 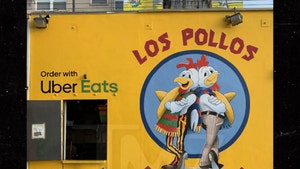