6:45 AM PT -- A rep for Waffle House, Inc. tells TMZ ... it hasn't had the chance to review the lawsuit because it hasn't seen it. The rep adds, "As we’ve said previously, we regret this incident happened at all. As anyone who has dined with us knows, we have a very diverse customer base and workforce. We have had a culture of inclusion since we opened our doors in 1955, and are very proud of the fact that our restaurants have been open to all."

Waffle House is being sued for discrimination by a black woman whose arrest went viral ... and she's claiming the restaurant treats black customers like crap.

The woman behind the lawsuit is Chikesia Clemons, and she says she went to the WH in Saraland, AL with 2 friends in April 2018 -- a visit that ended with her in handcuffs following a scuffle with police ... all of it recorded by a friend.

In the suit, Clemons claims within 2 minutes of walking in, the manager told a Waffle House employee to call 911 and tell the dispatcher the group was intoxicated and refusing to leave. Clemons claims the 911 operator asked if the customers were male or female, but the employee responded, "They're black."

According to the docs, Clemons claims a white waitress told her she would be charged 50 cents for plastic utensils, which sparked an argument because Clemons says white customers don't get hit with that charge. Clemons says the waitress then refused to serve the table.

Another waitress -- also white -- tapped in, but things didn't go any smoother ... according to Clemons who claims the woman said, "You're racist," and "You need to learn your place."

The viral video shows 2 cops showing up, one grabbing Clemons and throwing her to the ground. One of the officers told her, "I'm about to break your arm," as they tried to put cuffs on her.

In her lawsuit, Clemons claims the only reason the officers roughed her up was because Waffle House employees falsely reported her and her friends as being drunk. She wants Waffle House to serve up some money -- as in damages -- and to stop the alleged discriminatory treatment.

We reached out to Waffle House for comment ... no word back, so far. 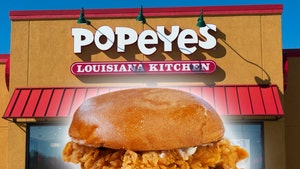 Popeyes Not Pulling Chicken Sandwich Despite Murder and Mayhem 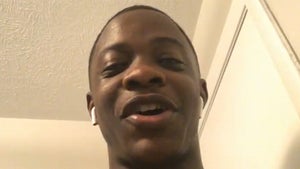