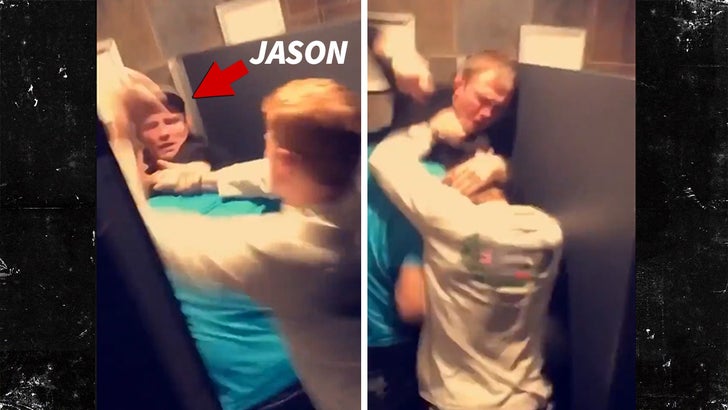 The MMA fighter who beat up TWO guys in a bathroom stall in a WILD brawl caught on video is telling TMZ Sports why he was attacked in the first place ... and it's INSANE!!!

The man at the center of the scuffle in the s**tter is ex-UFC fighter Jason Knight -- who now competes in the Bare Knuckle Fighting Championship.

In other words, HE'S THE WRONG GUY TO FIGHT IN A BATHROOM!

Knight tells us ... he was taking a leak at a club in Mobile, Alabama back in December when he heard two other guys in the bathroom complaining about their wives. 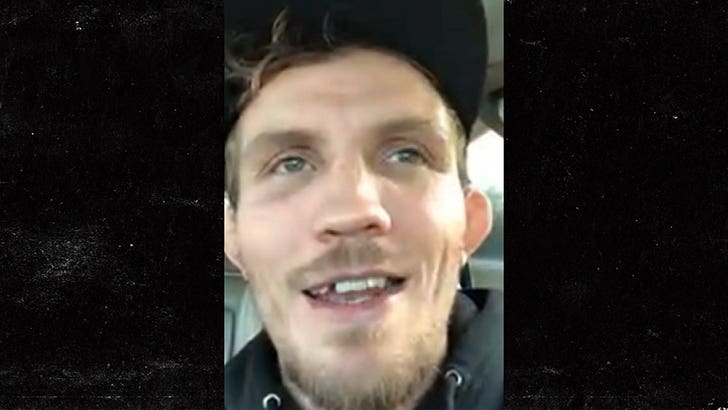 Knight says he jokingly yelled out, "F**k his wife" thinking it would a get a laugh -- but instead, the comment REALLY pissed off the pissers and they bum-rushed him in his stall.

"They snatched my stall door open and started talking crazy to me," Knight says ... and that's when he knew it was time to throw down.

You can see in the video ... Knight's backed up against the toilet, yet still manages to WAIL on the two assailants, landing some solid shots to the head in the process.

"I gave 'em the ol' shoulder shrug and I hit the big guy first. I was trying to put him down and make sure that it was a 1-on-1 fight, instead of a 2-on-1 fight. Either way, I pretty much put him down with the first couple punches. All he wanted to do after that was hug me."

"I think they were expecting me to kinda beg my way out of the stall, and then they beat me to a pulp right there in that little stall. But, I'm not the one to beg my way out. So, I figure, let's fight it out and see what happens."

"I fought MMA for years, but before I got into MMA, I was a street fighter, man. So, it wasn't nothing new to me."

"You hit the guy first and you don't stop 'til somebody comes. Somebody came and broke it up. But, I got in more licks than they did in the long run."

FYI, if you like watching Knight hit people ... he's got a (sanctioned) fight Saturday night against Artem Lobov at BKFC 9. 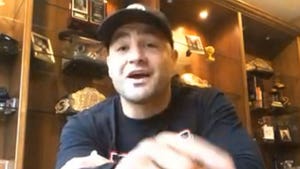 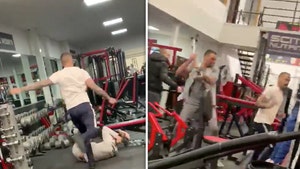