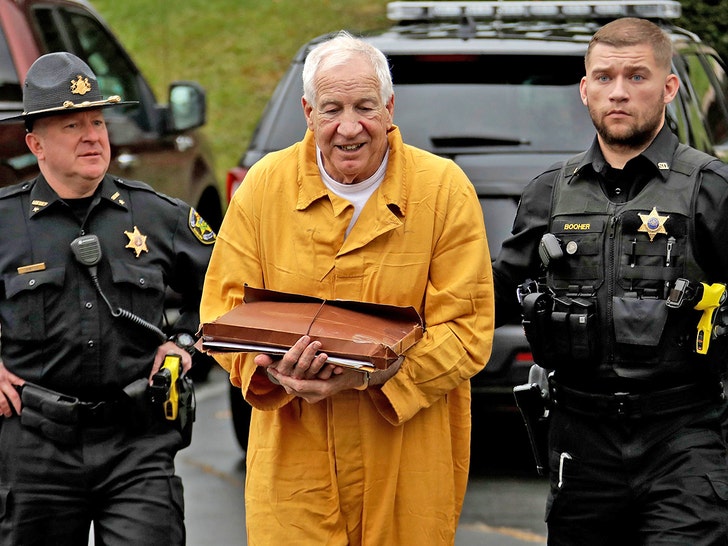 Afterward, the 75-year-old refused to comment to reporters on the scene.

I asked Jerry Sandusky what he thought about his re-sentencing, which upheld the 30-60 year sentence from his 2012 conviction. After an afternoon of smirks & smiles in the courtroom, & candidly responding to reporters on his way in, he shook his head and said he had no response. pic.twitter.com/yCX6fHVgdd

Penn State villain Jerry Sandusky arrived to a Pennsylvania courtroom Friday to beg for a reduced sentence in his child molestation case ... and he was all smiles.

The 75-year-old disgraced football coach is currently serving 30-60 years in prison after he was found guilty of 45 counts of child sexual abuse back in 2012. 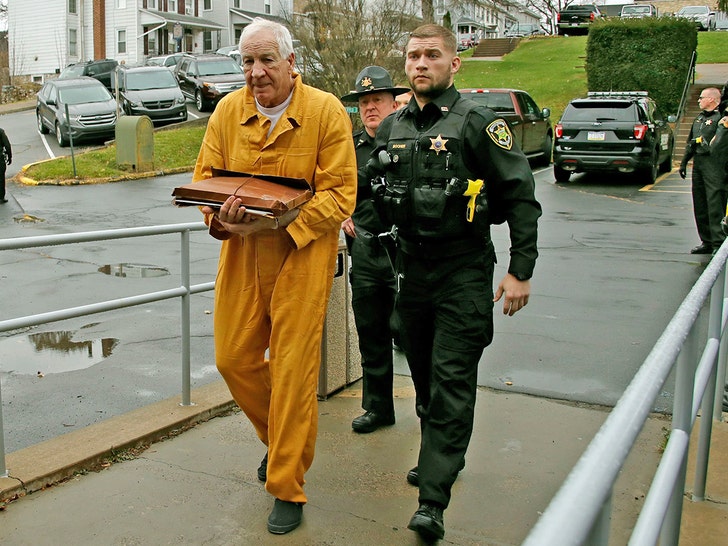 Remember, Sandusky was convicted of using his youth charity, The Second Mile, to sexually assault 10 boys ... some of whom were raped at the Penn State campus.

But in February, a state court of appeals ruled that mandatory minimum prison sentencing were incorrectly applied in Sandusky's case ... which opens the door for a lighter sentence.

Sandusky will obviously beg for a significant reduction -- though it's unlikely he'll get a substantial decrease.

In other words, it's still more than likely he'll die in prison.

For his part, Sandusky has always maintained his innocence and has accused everyone from the victims to the media to the University of conspiring against him. 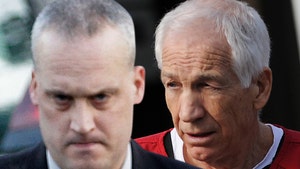 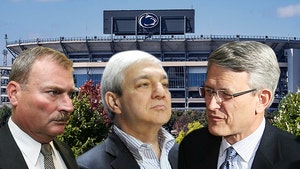