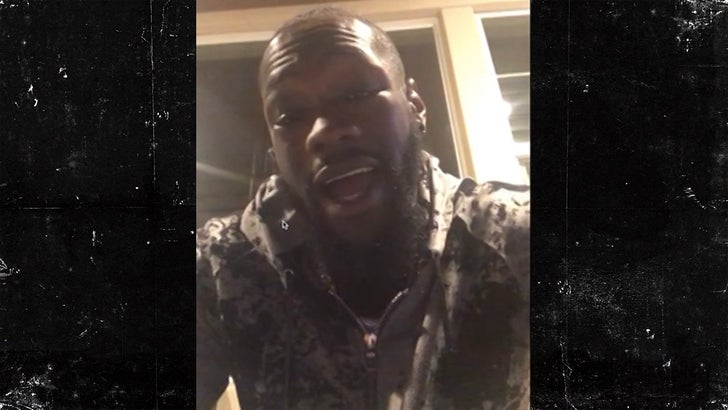 "I am the hardest-hitting puncher in boxing history, period."

Deontay Wilder says his right hand is the most devastating weapon in the history of combat sports -- more dangerous than Mike Tyson, Muhammad Ali, you name it.

The Bronze Bomber is coming off a ferocious 7th round knockout of Luis Ortiz -- where he cracked LO with a right cross that knocked him into next week.

Wilder ROCKED his ass. This is insane. You can see the moment the soul of Ortiz left his body. That’s not sweat. That’s his spirit. It’s gone into the ether. #WilderOrtiz2 #BombSquadpic.twitter.com/1qhn6hxMPj

"Man, I think the [Artur Szpilka] fight still tops it. Just the way that he landed and I really didn't see him breathing ... at all. I didn't see him start breathing until his GF came over and he finally woke up."

"It was like something in the movies and I actually had to witness it with my own eyes and it was amazing to see that. That one, I really felt it. Ortiz, I didn't feel the punch."

Next up for Wilder is the rematch with Tyson Fury, who just said he has the "Kryptonite" for Deontay's right hand.

"I mean, if him getting up off his back is the 'Kryptonite' than Lord have mercy! Have mercy upon him the 2nd time because he won't get up. Because I'm gonna get him again."

Wilder continued, "These fighters have to be perfect for me for 12 rounds and that's 36 minutes! 36 minutes you gotta be perfect!"

As for George Foreman, who told TMZ Sports he thinks Mike Tyson hits harder than Deontay ... Wilder says his critics need to stop living in the past!

Wilder also says he knows Iron Mike has been praising him in private, but he's ready for Mike to shower him with compliments in public!

"I had some people sitting by Mike (at my fight). Mike gave me some praises, which I wish he would have said in public. Behind closed doors is cute and s**t but out in public?! Just express yourself!"

"I don't know what the deal is with the old generation, new generation. Like, the old is the past, bro -- let it go!"

There's more ... Wilder also gave us the lowdown on his AMAZING ring-walk costume ... telling us it cost a fortune, but it was worth every penny!

"We wanted to go into a modern-day king, like knight ... It was like the outfit represented the old and the new. The old me turning into the new me. The past is the past, welcome to the future."

Wilder says he's already working on his NEXT costume ... and he wants it to be even more impressive! 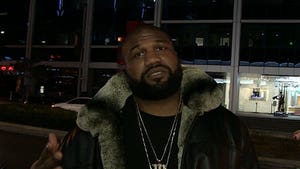 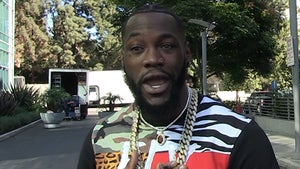