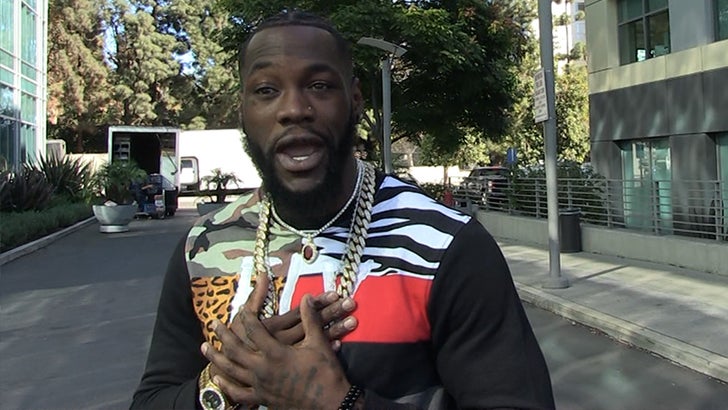 Boxing superstar Deontay Wilder says there's a damn good reason he rocks that HUMONGOUS gold chain before a fight ... it's so heavy, it beefs up his neck muscles!

"It's so heavy on my neck, it's like training," Wilder tells TMZ Sports ... "It's almost like wearing a weighted vest."

Wilder says the chain is worth more than $100,000 -- and since he's gearing up to fight Luis Ortiz on Saturday night, he decided to break out the big boy jewelry to get his neck right.

"Even when I'm laying down, it's training! It's so heavy!"

There's more ... the undefeated heavyweight champ also says he's dropped tens of thousands of dollars on his fight costume for the ring walk.

In the past, Wilder has busted out expensive, ornate masks ... and says he's spending the money to it BIGGER THAN EVER for Saturday's fight on FOX Sports Pay-Per-View.

"If you're gonna pay your money, I want it to be a whole event!"

Of course, the fight's gonna be pretty good too if it's anything like the first time Wilder and Ortiz fought back in 2018 ... when they beat the living hell out of each other for 10 straight rounds before Wilder finished Luis.

And, get this ... Wilder says he already has a plan for his fight check -- and it's all about making sure his kids have a solid financial future. 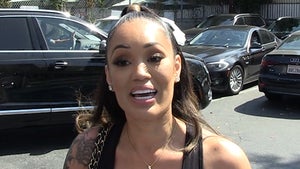 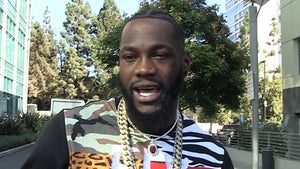