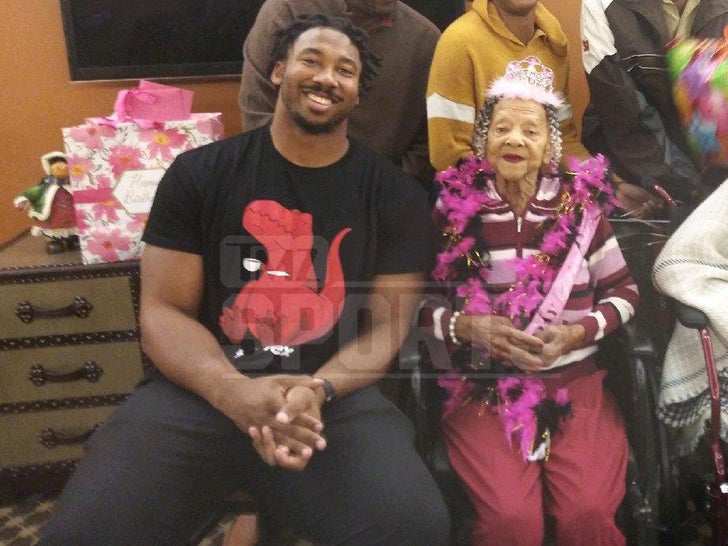 Nice moment for Myles Garrett ... who flew to Dallas this weekend to surprise his great-great-grandmother at her 100th birthday party -- and the pics are adorable!

Obviously, the 23-year-old Cleveland Browns superstar is still serving his suspension from the helmet incident ... but the good news is it freed him up to participate in a special family moment.

So, while the rest of the Browns were in Cleveland to play the Bengals, Garrett was partying with Miss Minnie Bell Sanders ... who had no idea he was coming!

Family sources tell us ... Sanders was SOOOO excited to see Garrett at the party -- which was the talk of her senior facility!

We're told Myles stopped and took pics and signed autographs for everyone at the facility who recognized him (staffers and people visiting other residents) -- good times were had by all!

As for the party, Sanders got a special sash, crown and balloons -- and family members served her favorite foods ... catfish, mashed potatoes, cake and cupcakes! 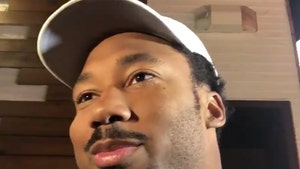 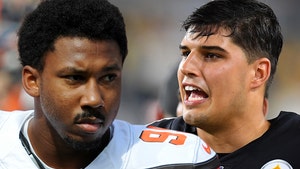