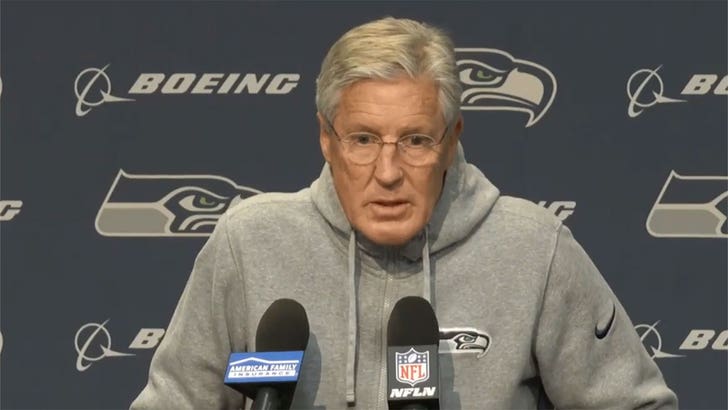 3:20 PM PT -- Seahawks head coach Pete Carroll just addressed the suspension minutes ago ... calling the whole situation "unfortunate" ... and says there were no signs of any sort of relapse.

"We heard today that it was coming," Carroll told reporters on Monday. "Our heart goes out to Josh having to face this again and the fact that he's up against it and all this poses a great challenge to him."

"Fortunately, he'll have the benefit of all the league's resources to support him and help him. We wish him the very best in taking care of business."

When asked if there were any signs of a relapse, Carroll said, "We saw Josh at a really high level the whole time he was here. The work ethic he brought was one, but getting along with people and being good to work with and talk and all that and deal with on a regular basis, he was great."

"We were not aware that there was anything to be concerned about other than the history, in which we knew about."

The insanely talented wide receiver has just been suspended again by the NFL after failing another drug test, league officials say.

"Josh Gordon of the Seattle Seahawks has been suspended indefinitely without pay for violating the NFL policies on performance-enhancing substances and substances of abuse."

Unclear exactly what Gordon tested positive for -- but his battle with substance abuse over the years is no secret.

The 28-year-old star missed the entire 2015 and 2016 NFL seasons for substance abuse issues back when he was with the Cleveland Browns.

The Browns eventually had enough of the drama and traded him to the New England Patriots back in 2018 ... but his problems didn't stop there.

At the end of the 2018 season, Gordon violated the league's drug policy again and missed the entire postseason ... including the Super Bowl, when the Pats beat the Rams.

The Patriots eventually cut Gordon during the 2019 season and he was picked up by the Seahawks.

Unclear if the Pats knew a suspension was coming when they cut him ... but now it seems like they knew something was wrong.