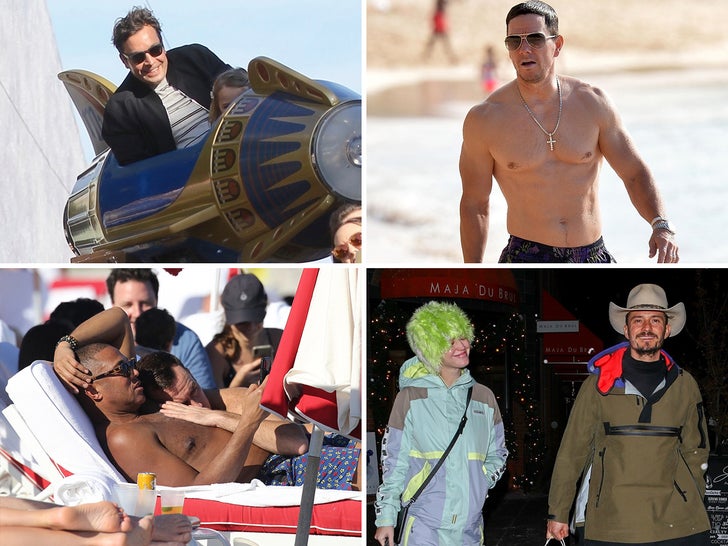 Mark Wahlberg, Katy Perry and Jimmy Fallon were just some of the celebs who started the New Year on the right foot ... with some fun!!!

Marky Mark and the fam bam hit up Barbados ... where it apparently was blazing hot. Beats the New England winter, for sure. Mark and his son were spotted taking a dip in the warm Caribbean waters. Mark, of course, was shirtless and there were zero signs he put on holiday weight.

Katy Perry and Orlando Bloom ended up in the ski resort town of Aspen, Colorado ... where they shopped their freezing butts off. Seems they tried to stay on the DL while in the Rockies ... with Katy wearing a fuzzy green beanie and Orlando a cowboy hat.

Fallon, his wife, Nancy, and 2 daughters spent New Year's at the Happiest Place on Earth. They grinned ear-to-ear while hopping on tons of rides. They also went shopping.

Miami was also poppin' ... with CNN's Don Lemon and his fiance, Tim Malone, soaking up the sun. Ditto for 50 Cent and his GF, Jamira Haines. Jamie Foxx and his rumored GF, Sela Vave, did what peeps partying in Miami do best ... hopped on a yacht. 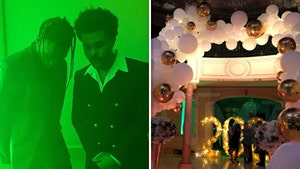 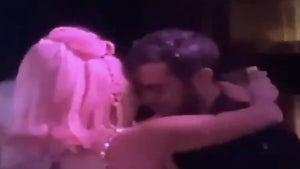