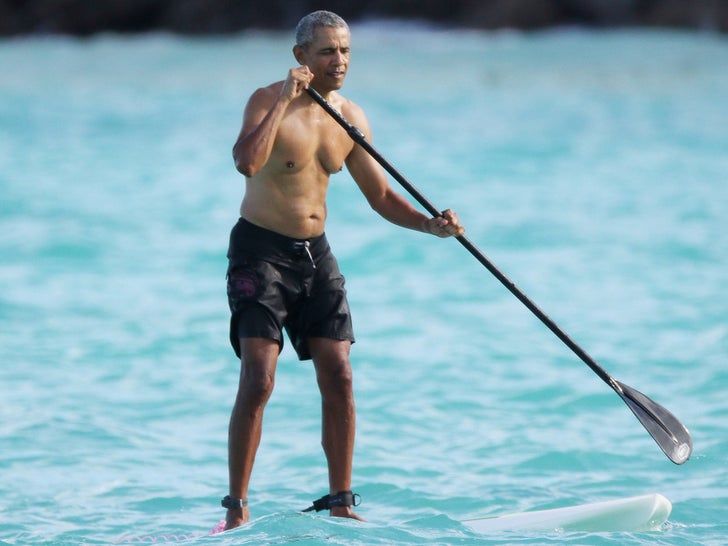 Barack Obama might be a little grayer on top these days ... but his bod's looking as fit as it did before he took office way back in the 2000s.

The former Prez is still living it up in Hawaii in the new year, and he's moved from the golf course to the ocean for some paddleboarding fun ... which looks like quite a workout too. 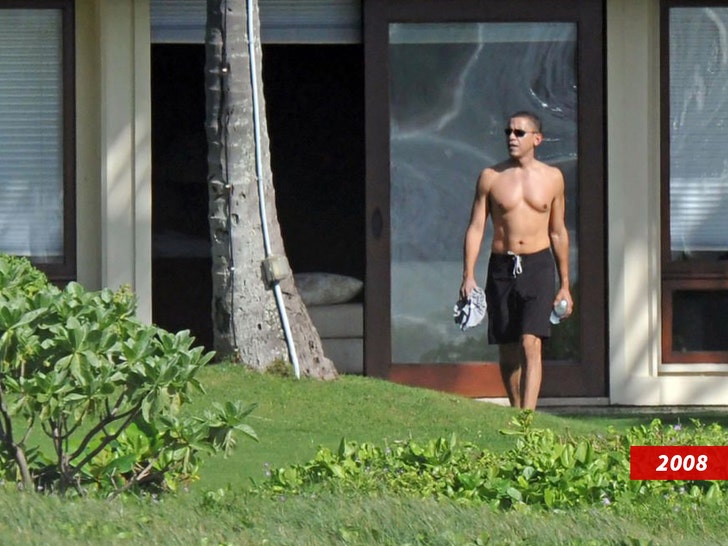 The shirtless shots of 44 might not be as jaw-dropping as buff Barack in the Aloha State back in 2008 -- shortly before he became President -- but still ... pretty impressive. 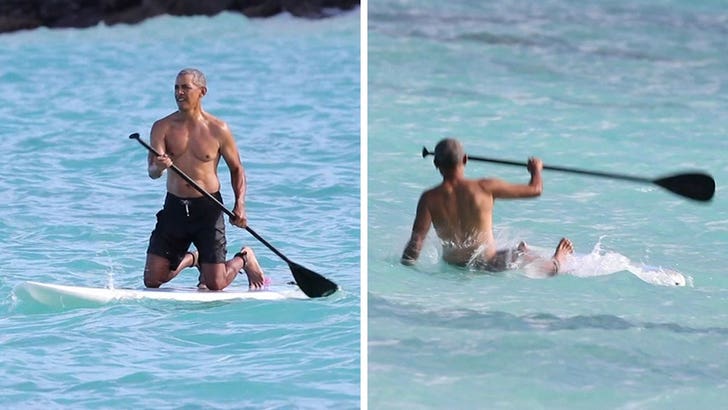 Obama has some work to do before he becomes a pro on the paddleboard, but the important thing is ... he keeps getting back up after he takes a spill.

As we reported ... both Barack and President Trump are tied as the most admired man of 2019 according to Gallup's annual poll, but they're both on very different paths to start 2020.

Obama's killing it in Hawaii ... while Trump's killing generals in Iran. 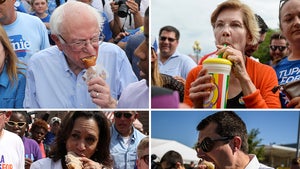 Gear Up for Holiday Feasts with These Prez Candidates Snacking