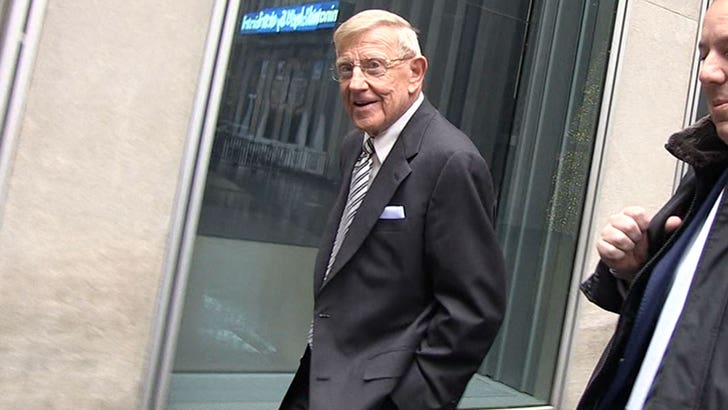 "To me, Alabama was the best team but they aren't gonna be playing in the championship."

That's legendary college football coach Lou Holtz telling TMZ Sports he believes the BEST team in the country will NOT be playing on Jan. 13 ... and it all comes down to luck.

Unclear why Holtz believes The Tide got unlucky during the 2019 season, but it seems pretty clear he thinks they're the most talented squad.

Bama finished the season with an 11-2 record ... losing to LSU and Auburn.

When they played LSU, star QB Tua Tagovailoa was playing with a banged-up ankle, but the team as a whole simply got outplayed.

As for the Auburn game, Tua had suffered a season-ending hip injury before that game ... and Bama was playing with their #2 QB Mac Jones. They lost 48-45.

Bama went on to crush Michigan in the Citrus Bowl in a 35-16 shellacking.

So, is Holtz saying a healthy Tua gets Bama to the Natty? Maybe ... since Bama played in the National Championship game last season and won the title with Tua the year before.

There's more ... Holtz also talks about why he thinks Joe Burrow will go #1 in the NFL Draft and reflects on why his former Notre Dame star WR Rocket Ismail could be considered the greatest college football player he's ever seen.

In fact, Holtz mentions Rocket's legendary punt return against Colorado in the '90 Orange Bowl ... and yeah, dude was a BEAST!!