Tyler Perry says the Oscars royally screwed up by NOT nominating Jennifer Lopez or Awkwafina ... and he's visibly pissed off about it.

We got Tyler Monday outside leaving NBC studios in NYC. All we asked was how he's feeling, and he immediately told us, "I'm upset, man" ... then started unloading on the Academy.

Tyler says it's crazy J Lo didn't earn a nom for Best Supporting Actress for her role in "Hustlers." Remember, she already earned Golden Globe and SAG nominations for the role as a conniving stripper. The Academy wasn't impressed.

There's also "The Farewell" star, Awkwafina ... who had already made history as the first woman of Asian descent to win a Golden Globe in the lead actress category. But, Tyler says The Oscars, once again, got it wrong.

The famed director, and studio owner, doesn't come out and say it, but seems he could be hinting at a lack of diversity among the nominees. The only actresses he mentioned are women of color, and of the 10 actresses up for lead and supporting roles ... only one (Cynthia Erivo in "Harriet") is a woman of color.

Stand by for the return of those "Oscars so white" hashtags, banners and protests. 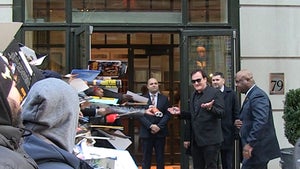 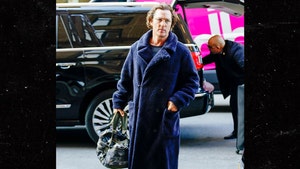