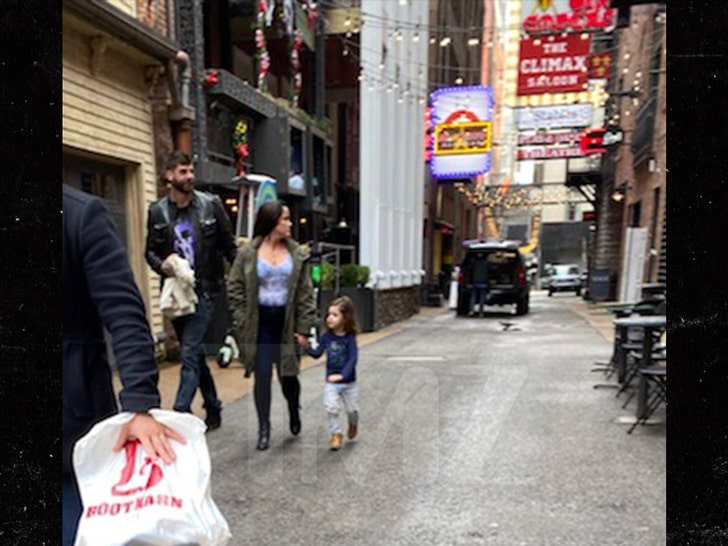 Jenelle Evans is back spending time with her estranged husband, David Eason -- almost immediately after dropping a restraining order -- but there's no romance ... TMZ has learned.

We got this pic of the ex-'Teen Mom' stars walking side-by-side Tuesday in Nashville ... along with their daughter, Ensley, who was holding Mom's hand -- and is the crucial part of the picture.

As we reported ... the exes had a court hearing for the restraining order, but it was dismissed at Jenelle's request.

Sources close to Jenelle tell TMZ ... the reason for her change in tune is because she wants Ensley to be able to see her dad. We're told she's also very tired of going to court.

Still, the sight of the 3 of them back together -- having some family fun in Music City -- is pretty surprising. Remember, Jenelle said, "I am scared for my life and my children's well-being," when she got the temporary restraining order in November ... days after filing for divorce.

Our sources say David and Jenelle's reunion is definitely not a sign they've reconciled their marriage -- the divorce is still happening. However, we're told Jenelle wants to co-parent with David -- like she does with her other ex, Nathan Griffith -- and hopes they can remain civil.

As you'll recall .... major issues started between them early in 2019, after David killed the family dog for nipping at Ensley. There was an investigation and Eason was never charged -- but clearly the incident impacted their family -- temporarily losing custody of their kids -- and their relationship. 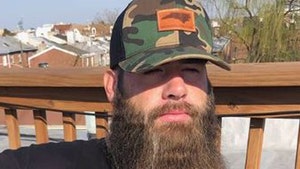 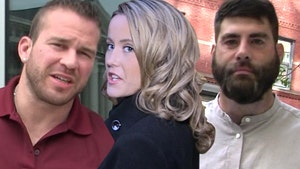