Prince Andrew has not been helpful at all to the FBI or federal prosecutors hoping to talk to him about Jeffrey Epstein ... so says the U.S. attorney in Manhattan.

The U.S. attorney revealed Prince Andrew's lack of assistance Monday outside Epstein's home, while answering a question at a news conference about victims of human and sex trafficking.

As you know, Epstein hanged himself in his jail cell in August while awaiting trial on federal sex trafficking and conspiracy charges. Prince Andrew's been linked to the Epstein case due to his long and continued friendship with him ... even after Epstein's prison release in 2010 following a notorious plea deal in a separate prostitution case.

Andrew's also accused of having sex with an underage woman named Virginia Roberts (now Virginia Giuffre) -- who he met through Epstein -- at least 3 times from 1999 through 2002.

The Prince denied the allegations and tried, but failed, to do damage control in the scandal, including an appearance on "BBC Newsnight" in which he claimed he couldn't remember Giuffre ... despite posing in a photo with her in 2001.

Our palace sources say the issue will be handled by The Duke of York's legal team. Buckingham Palace will not be commenting on the matter.

Andrew had said he's willing to help any law enforcement agency with an investigation into Epstein "if required" ... but federal prosecutors say he's not going out of his way to lend them a hand. 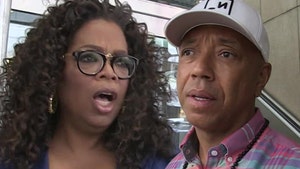