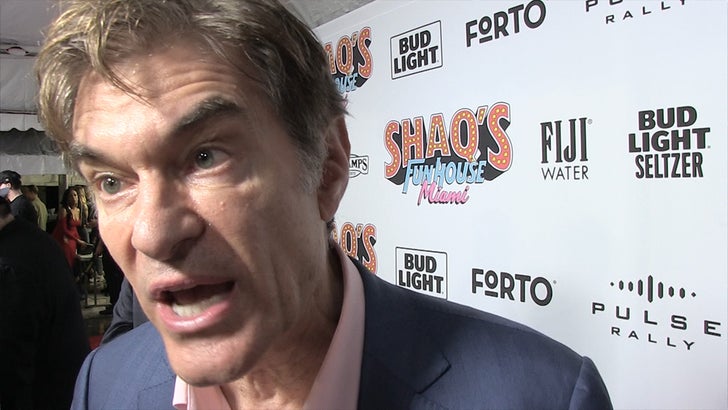 Dr. Oz is doing a major eye roll at anyone who's using the coronavirus as a way to scapegoat Asian people and spew their xenophobia, 'cause he says we're better than that.

We got the doc at Shaq's Fun House party in Miami heading into Super Bowl weekend, and while the mood was light ... things immediately got serious when our guy asked about the disease and the collateral damage Asians have been experiencing as a result.

I can't fucking believe it.

Because of some folks in China who eat weird shit like bats, rats, and snakes, the entire world is about to suffer a plague.

Like, is it not bad enough that your country tortures Uyghurs...

A lot of folks have turned to outdated tropes or outright racist remarks in characterizing the outbreak in China, which has spread to different countries ... including the U.S. Be it a nasty tweet or a French headline reading, "Yellow Alert?" ... other-ing is indeed happening.

Fast-forward to Dr. Oz ... who actually sticks up for Chinese people with a pretty impassioned callback to the time he's spent there and the culture he encountered. He even says the fear people are feeling is misplaced, as the virus isn't nearly as deadly as it's being represented in the media. If anything, DO says this should unite us in preparing for the "big one."

You'll recall ... Dr. Oz had told us about a week ago or so that while he was concerned about the coronavirus, he wasn't panicking just yet. Looks like he's doubling down here.

Oz also takes a chance to advocate for getting a flu shot, which he seems to think will help in avoiding contracting the virus in the first place. 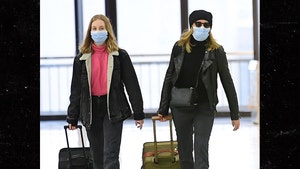