Dana White is going to bat again for his pal Donald Trump ... stepping to the podium at POTUS' campaign rally Thursday and saying, "We gotta win this election again!"

The UFC honcho and Trump have been great friends for years ... and when No. 45 invited White to speak at his event in Colorado Springs, Colo. this week, Dana jumped at the opportunity.

White flew on Air Force One with DT ... and when Dana stepped to the podium in front of thousands of Trump supporters, he raved about his longtime buddy.

"I've known this man for 20 years," White said. "We’ve actually become even closer since he's become the President of the United States." 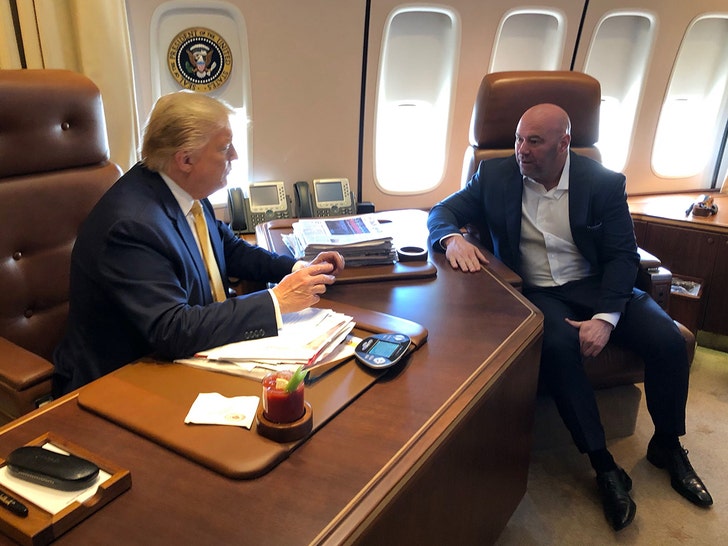 White added, "This guy is so loyal and such a good friend. Every time I see him, I saw him today, when I met him on Air Force One, the first thing he said to me is, 'How is your family?'"

Dana continued, "I see a lot of things from Mr. Trump that the public doesn’t see, and the people who surround me every day see how this man treats me as a friend and other people he's friends with."

"He's a fighter, he loves this country, he's doing great things for this country, and we gotta win this election again, ladies and gentlemen!" 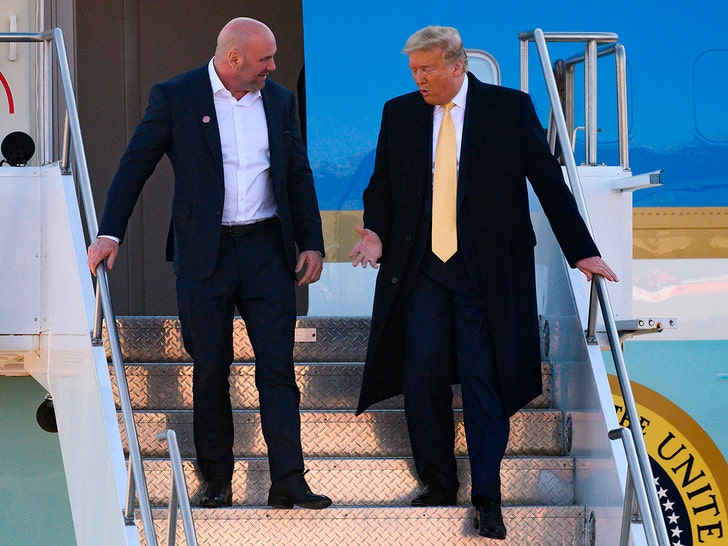 Of course, White's public support for Trump is nothing new ... Dana spoke at the Republican National Convention in 2016 when Trump was officially nominated.

It's clear Dana loves the guy and has even credited DT for being a key figure in turning the UFC into the juggernaut that it is today. 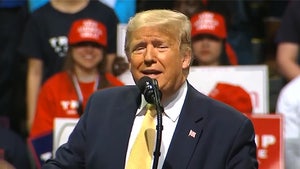 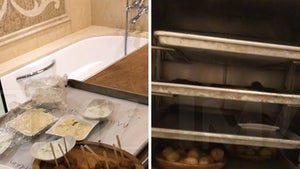