China's presence will be noticeably absent at CinemaCon 2020 in Las Vegas ... after 2 dozen Chinese movie theater owners canceled travel plans due to the coronavirus.

A spokesman for the National Association of Theater Owners tells TMZ ... the delegation pulled out of the event following travel restrictions imposed on them amid the ever-spreading coronavirus.

Organizers for the event -- slated to run from March 30 to April 2 at Caesars Palace -- say "our plan going forward should be based on logical risk assessments and advice from health officials, and not from fear."

CinemaCon, a gathering of theater owners and major studios, says it will remain in contact with the World Health Organization and the Centers for Disease Control to stay on top of the situation. It's also in contact with local officials to coordinate all appropriate safety procedures.

There had been buzz building this week the event might be canceled but it's full steam ahead ... with the trade show reporting it's a 99% sellout. The program's fully scheduled too ... with Disney, Paramount, Universal and Warner Bros., among others, still confirmed to attend.

Male attendees might wanna do a facial hair check before hitting the Vegas strip. 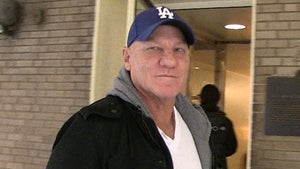 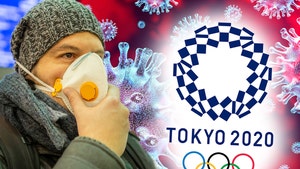 2020 Olympics Could Be 'Canceled' Over Coronavirus Outbreak, Official Says