11:56 AM PT -- The Bears just announced Kessy has been released from the hospital after being kept overnight for observation.

"I would like to send my heartfelt thank you to Hershey Bears fans for their thoughts, prayers and support following my injury last night," Kessy said in a statement Wednesday.

"Additionally, I'd like to thank our trainers, doctors, EMTs, Bob Goodman, and Milton S. Hershey Medical Center for providing me immediate and exceptional care. I am feeling better today, and I look forward to rejoining my Hershey Bears teammates soon."

Scary moment on the ice ... a pro hockey player was knocked out cold during a fight Tuesday -- and had to be rushed to the hospital to make sure he was okay.

The scrap all went down in the American Hockey League (the NHL's developmental league) during a game between the Hershey Bears and the Charlotte Checkers in Pennsylvania.

You can see in video of the tilt ... the two dropped their sticks, their gloves and took off their helmets before trading a flurry of punches at center ice.

Both guys connected with some violent haymakers -- when, suddenly, 25-year-old Sheppard unloaded a right hand that caught 27-year-old Kessy flush in the face.

Hershey Bears Player, Kale Kessy is in stable condition and being sent to Hershey Medical Center after a fight against Charlotte Checkers Player number 19 pic.twitter.com/n1qO6Q6lXF

Kessy appeared to be knocked out before his body hit the ground ... and you can see immediate concern from Sheppard and the refs, who waved for medical attention.

Kessy was down for around 10 minutes ... and according to witnesses, a LOT of blood could be seen on the ice before he was ultimately stretchered off and taken to the hospital.

Hershey team officials said just minutes after the fight, Kale "lost, but regained consciousness on the ice. He is alert, and in stable condition."

Bears coach Spencer Carbery said after the game Kessy was "doing better" ... but said docs were keeping his player in the hospital overnight for further evaluation.

Kessy is considered a team enforcer for Hershey ... reportedly the fight Tuesday was his sixth of the season. For Sheppard, meanwhile, it was reportedly his fifth scrap of the year.

As for the game, Kessy's Bears ended up finishing the Checkers, 6-1, after a lengthy post-fight delay. 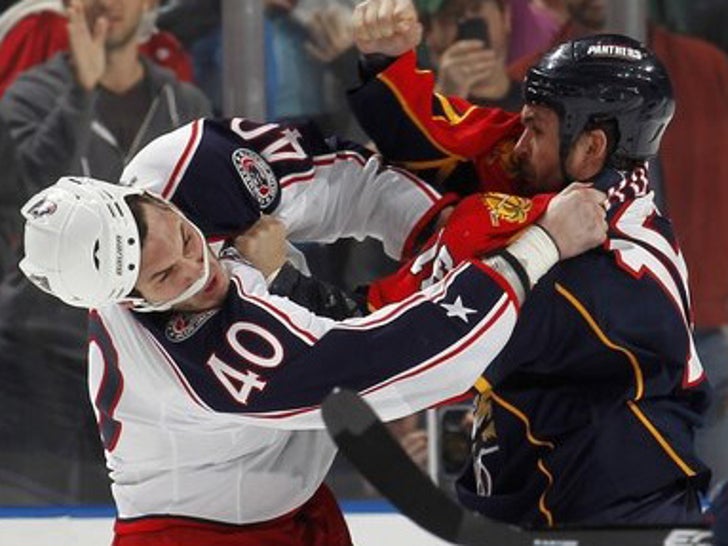 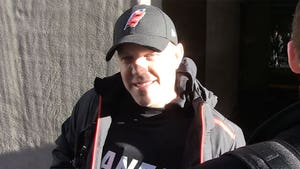 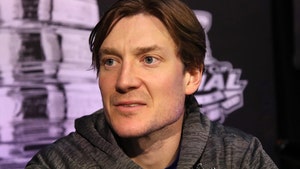