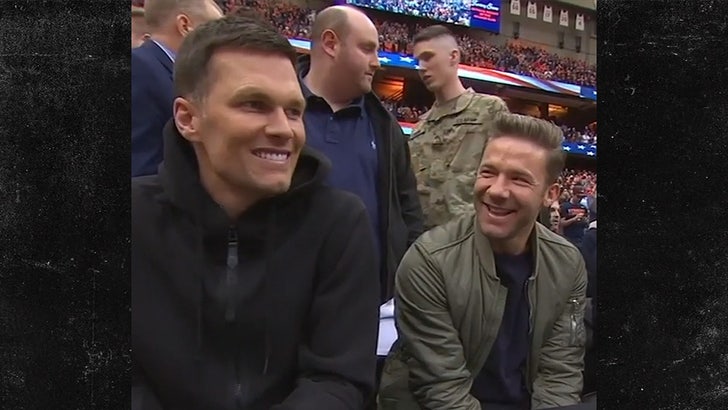 Tom Brady's coming back for another year with the Patriots -- or so says Julian Edelman, even though Tommy's face tells a much different story.

The two Pats stars were at the Syracuse-UNC basketball Saturday and while sitting next to Jimmy Fallon ... JE started (jokingly?) telling someone below them that TB was definitely coming back. You can read his lips pretty clearly, but read Tom's darting eyes more so.

He's got this forced, awkward grin on -- which to us says, "Hahaha, shut up, dude, 'cause you know I'm definitely not." ORRR, it could be, "Bruh, you're not supposed to say that out loud. Simmer down, Jules!" Watch to the end too ... Tom mouths something back.

Every time I look at Bernie all I see is Larry David #DemDebate2020 pic.twitter.com/rVXavhZMlT

Now, here's the truth ... we still don't know what Tom's gonna do, but what we do know -- he's taking meetings with other teams and seems to seriously be considering bailing. He'd probably make a lot more money elsewhere, and an irreparable rift seems to have formed between him and Belichick.

Tom Brady and Julian Edelman, surprisingly, greeted to boos. Jimmy Fallon get a bit warmer of a reception. pic.twitter.com/9Jea5QkNtD

Stay, go ... the people at the game didn't appear to care all that much, 'cause both Tom and Julian got booed when their mugs showed up on the jumbotron, even though Jimmy got a lot of love.

Considering they're in Bills country, we imagine the folks there want him the hell out of their lives for good. 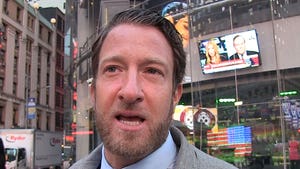 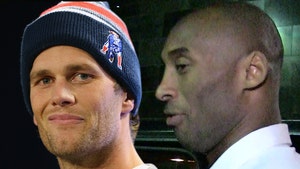