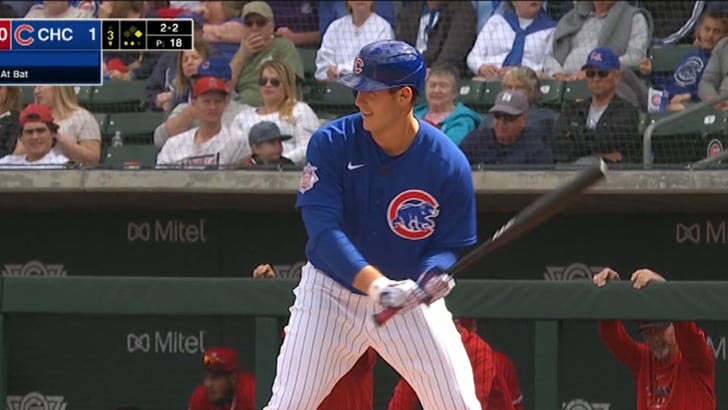 The public bashing of the Houston Astros is still going strong ... Anthony Rizzo just trolled the hell out of the team during a mic'd up at-bat in a spring training game!!

The Chicago Cubs superstar was talking with ESPN commentators live in an AB against the L.A. Angels on Monday ... when he was asked what pitch he thought was coming next.

"I have no idea," the first baseman said. "I wish I knew. Someone bang for me."

Of course, the Astros were busted by the MLB just a few weeks ago after they were found to have relayed illegally stolen signs to batters using banging noises from their dugout.

In fact, it seems some players have already taken it upon themselves to punish the 'Stros ... because as of last week -- they had been hit by pitches SEVEN different times already this spring.

Clearly, Rizzo ain't much of a fan of what the Astros did either ... but at least he's down to have some fun with it -- and we're all grateful for it.

By the way, AR was able to get a base hit in the at-bat despite no banging help from the dugout. Take note, 'Stros. 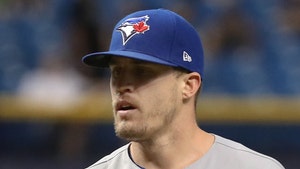