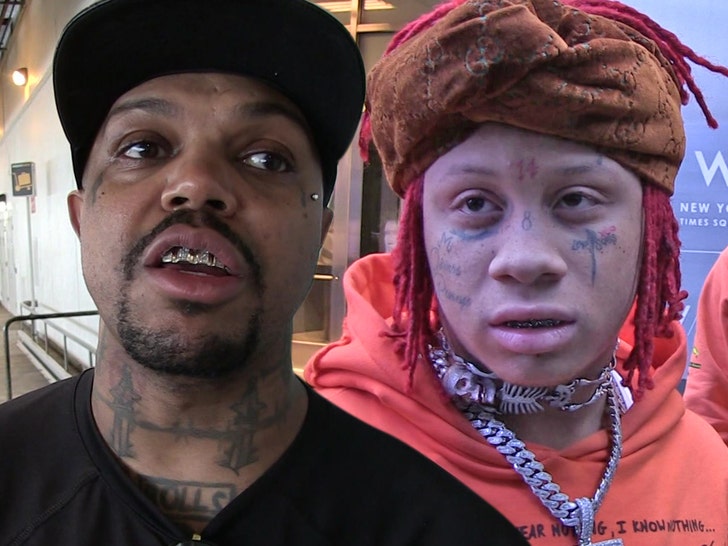 Three 6 Mafia's DJ Paul just got hit with his second lawsuit in as many days ... and this time Trippie Redd's caught up in the legal mess over a 'Hit' song.

Reginald Boyland, the man behind On The Strength Records, is suing DJ Paul over Trippie Redd's track "Death" ... which dropped last November. Confused? Let us explain.

Boyland says, in legal docs obtained by TMZ, "Death" sampled DJ Paul's famous 1997 "Hit a Mutha****a." Big mistake, according to Boyland, because he claims Paul no longer owns the rights to 'Hit.'

In the suit, Boyland says he got rights to the song in a 2015 settlement with Paul. He had sued DJP claiming 'Hit' sampled his track, "Pimps In The House."

Fast-forward to Trippie Redd's "Death" -- and Boyland's now calling out Trippie for never getting permission from him to sample 'Hit.'

Boyland says he'd already informed Paul and Trippie they owe him some "Death" dough but got no response. He's suing for copyright infringement and wants a slice of the profits from Trippie's track.

As we first reported ... a group of Memphis-based artists are also suing DJ Paul and Juicy J in a separate lawsuit for allegedly stiffing them on various songs.

We've reached out to DJ Paul and Trippie Redd, so far no word back.