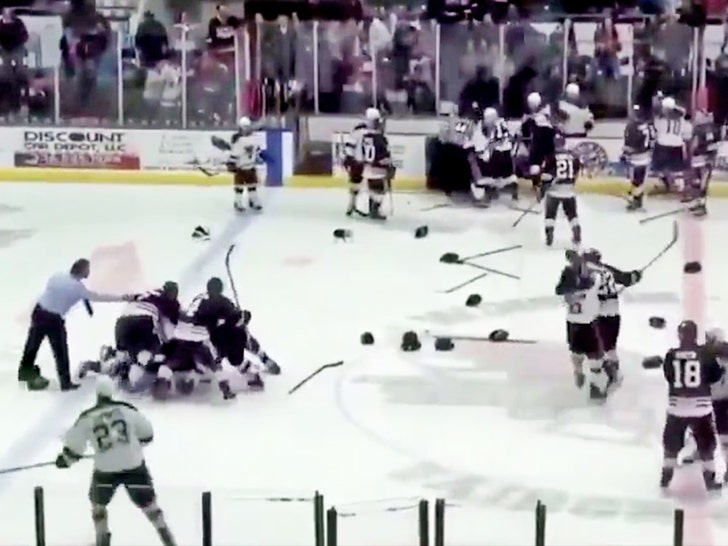 Here's one of the most insane hockey brawls EVER ... courtesy of players AND coaches in the Federal Prospects Hockey League.

The Columbus River Dragons were getting blown out 7-3 in the 3rd period of a heated game Sunday against the Carolina Thunderbirds in Winston-Salem, N.C. ... when a fight broke out that escalated QUICKLY.

You can see in footage ... the whole thing starts when Thunderbirds coach Andre Niec and River Dragons manager Jerome Bechard challenged each other at center ice.

Shortly after ... players got involved -- and it all eventually led to punches and wrestling matches ALL OVER the ice.

At one point, a River Dragons player even left the penalty box and bum-rushed a Thunderbird standing and watching the brawl at the red line!!! Oh, and Niec had his shirt ripped off in the fracas too!!

And we’ve got another angle of the Fed mele💣🧨 pic.twitter.com/8B9I75sQ5X

But, the best part of the entire fight? The play-by-play announcer CRUSHED his breakdown of the brawl ...

"Oh, I have never seen this in all my years of covering hockey!" the guy said ... "It's a melee! Everybody from the bench to the ice has a dance partner!!!"

Eventually, refs were able to get everything under control ... with AT LEAST 8 dudes getting ejected.

As for how the game turned out ... didn't seem all the fighting bothered the Thunderbirds too much -- they poured on two more goals and ended up winning 9-3. 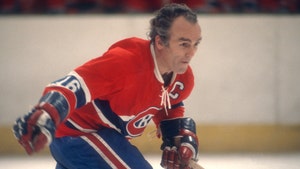 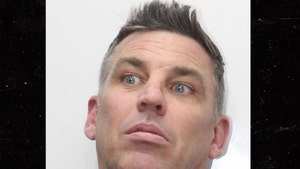