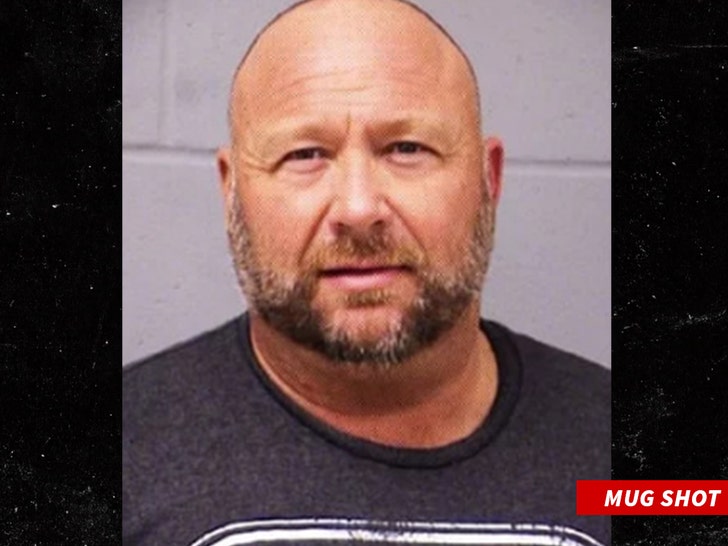 1:33 PM PT -- According to police docs ... cops were called to Jones' residence for a family disturbance. When they arrived, his wife claimed they had a verbal altercation that "was physical" earlier in the day. She allegedly told the officer Jones took off in his car and was possibly drinking.

Cops caught up with him shortly afterward -- sometime after 10 PM Monday night -- and pulled him over. The arrest report says the officer detected a strong odor of alcohol coming from Jones.

Jones allegedly admitted he drank a bottle of sake while he and his wife were at a sushi restaurant a couple hours earlier, and they got into an argument. Jones told the officer he walked home, but the argument continued there ... so he left to go to another residence to get away from her.

According to the report ... Jones demonstrated some impairment during field sobriety tests, such as swaying and losing his balance, but he did blow slightly below a .08 on the Intoxilyzer -- twice.

It should be noted ... it's unclear who the "wife" is in the report. Jones divorced his previous wife in 2015, and as far as we know ... he has not remarried.

Alex Jones has a fresh DWI case deep in the heart of Texas ... the former "InfoWars" host was busted early Tuesday morning in the Austin-area.

Jones was booked around 12:30 AM ... according to the Travis County Sheriff's Department. He was back on the streets by 4 AM, after posting a $3,000 bond -- and as you might expect, Jones is telling his own version of events.

He went on his "Alex Jones Show" podcast and said he blew under the legal limit of .08 ... so he thinks the whole charge will go away. "InfoWars" is already floating a conspiracy theory, saying Jones was caught in a DWI sting ... aimed at increasing the Sheriff's Department's number of arrests. 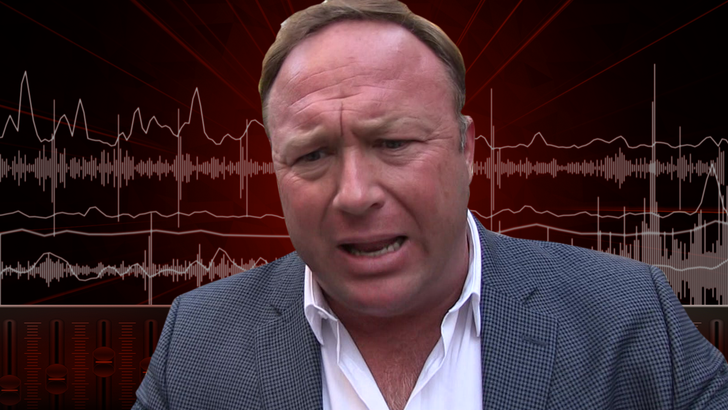 So far, the Sheriff's Department isn't saying what Jones' BAC was when he was arrested. Worth noting that in Texas you can be arrested for DWI even if you're under the limit IF the officer thinks your driving ability is impaired.

Jones has been charged with misdemeanor DWI. 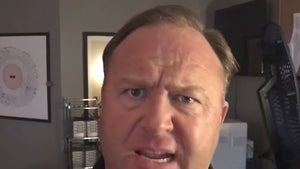 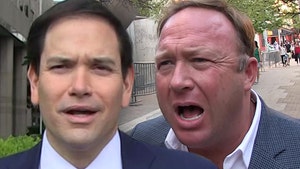