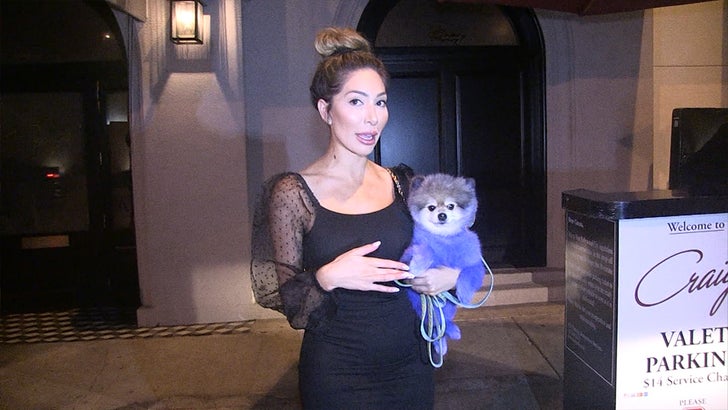 Farrah Abraham is NOT sweating accusations of animal abuse ... 'cause she says her pooches are happy and healthy ... which she says is not the case for her daughter.

We got Farrah leaving Craig's Wednesday night in WeHo and talked with her about the backlash she's getting over an Instagram post ... featuring her dog, Cupcake, muzzled and her Pomeranian Boo's fur dyed blue. Cupcake's fur, BTW, is dyed hot pink.

Farrah calls the backlash "hate speech" and claims it has gotten so bad she's put her daughter in therapy.

As for Cupcake being muzzled, Farrah captioned her video saying, "p.s. for those who do not know what dog training muzzles are for go to your nearest pet store and learn more and why they can be helpful in training."

Not everyone's buying that ... with some fans asking, "Why the f*** is the dog's mouth tied shut?" Another person tagged PETA and the ASPCA and commented, "Please take these poor dogs out of this home before Sophia harms another one and Farrah continues to abuse. This is so f***ing sad."

You'll recall Farrah's other Pomeranian, Blue, died in 2018. Sophia took to social media at the time and said she threw Blue, causing the fatal injury ... before Farrah clarified, saying Sophia misspoke and Blue died after months of complications from a collapsed trachea. 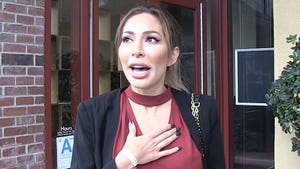