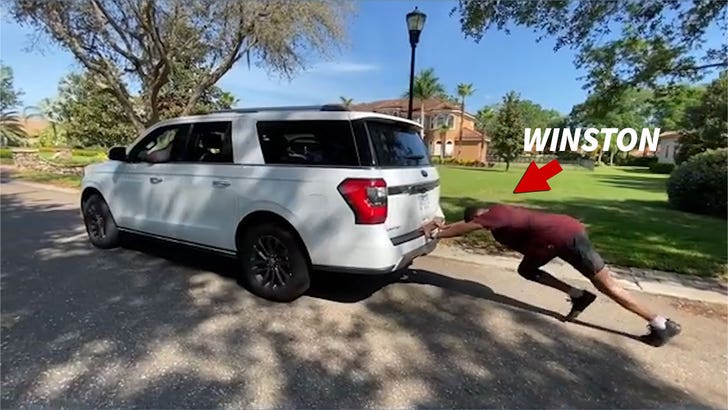 Jameis Winston is taking his offseason training to the streets -- literally -- pushing a 5,500-pound SUV up an incline ... in an effort to remind NFL teams he's still a beast!

The 26-year-old just lost his job in Tampa Bay to some old guy ... and while his agents work on getting Winston a deal with another squad, Jameis decided to put in some work!

Oh, and it looks like he's working out on an INCLINE -- so gravity ain't helping him out there. Winston even busts out a little sprint at the end.

Jameis led the NFL with 5,109 passing yards in 2019 and set a Bucs single-season franchise record with 33 TD passes.

BUUUUT ... he also led the NFL with 30 interceptions -- 7 of which were returned for TDs.

Will the SUV video help Jameis get hired somewhere else? Maybe, maybe not ... but it's still impressive. 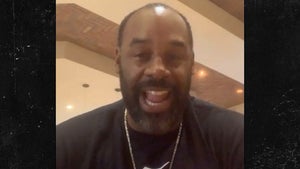 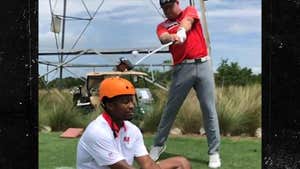 Jameis Winston Lets Golfer Use His Head for a Tee!