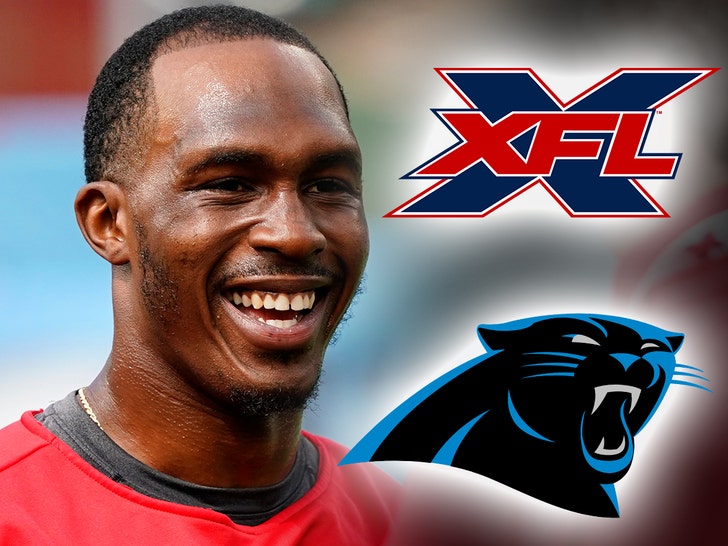 The first jump from the XFL to the NFL is here -- Houston Roughnecks stud QB P.J. Walker is going to sign with the Carolina Panthers!!

"Houston, it was great. I feel Houston has some of the best fans I played in front of. I appreciate everything they've done over the past couple of months," Walker told FOX 26's Mark Berman.

Of course, Vince McMahon's football league took a hit last week due to the coronavirus pandemic ... with its comeback season officially canceled.

But, it didn't take long for Walker to find employment elsewhere ... inking a deal to reunite with his old coach, Matt Rhule in Charlotte.

Walker played under Rhule at Temple from 2013-16 ... and broke a bunch of school records in the process.

FYI -- Walker was a straight-up beast on the field for the Roughnecks ... passing for 1,338 yards and 15 touchdowns. Walker had a brief stint with the Colts after college but never made it off the practice squad.

It's not the first time a breakout XFL star has made their way to the NFL ... with Rod Smart AKA "He Hate Me" becoming a household name in the early 2000s.