David Geffen Assures Us He's Isolating on His $590 Million Yacht 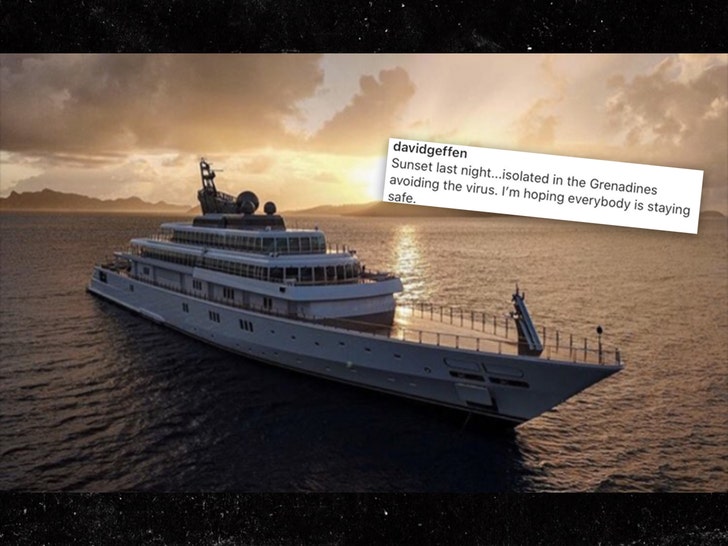 Don't worry about David Geffen, the multi-billionaire is staying as far away from the coronavirus as possible aboard his personal escape raft ... that just happens to be a $590 million yacht.

Yes, the media mogul is aboard the "Rising Sun" cruising the Caribbean Sea, where, unfortunately for him, he has WiFi, and decided to drop a pretty tone-deaf anecdote to the world ... considering the pandemic and all.

Geffen posted a glorious wide-shot of his vessel with the caption, "Isolated in the Grenadines avoiding the virus. I'm hoping everybody is staying safe."

Under normal circumstances, the Internet would just hate him for flaunting his wealth. But, there's a new normal in town ... so now the Internet is ripping him for bragging that he's NOT quarantined with 3 screaming kids, a spouse and one in-law in a tiny 2-bedroom apartment in Queens ... while terrified of COVID-19.

Hard to argue against that backlash. Fact is, Geffen's been filthy rich so long, he probably only thinks of his famous and wealthy friends looking at his IG -- and forgets there are 7 billion other aggressively-less-wealthy people who will eventually see it too.

On the other hand, the guy gives a lot of his wealth to charities -- so, hopefully this becomes a teachable moment and we all move forward. 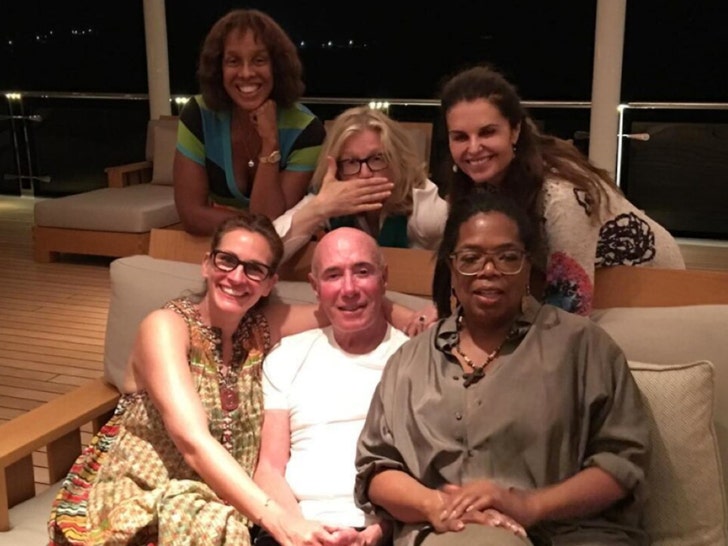 We will say this -- pretty impressive if Geffen truly is isolated on that thing. It's usually packed with A-list celebs, business titans ... and their girlfriends.

Either way ... wash your hands, David. Especially on a boat.