Andy Cohen is over the coronavirus and out of quarantine, which means he can finally see his son again ... and their reunion was quite a moment.

The "Watch What Happens Live" host shared a happy photo Tuesday morning of himself hanging out with his boy, Benjamin, and says ... "I’ve hosted reunions for years, but yesterday’s was the best one yet." 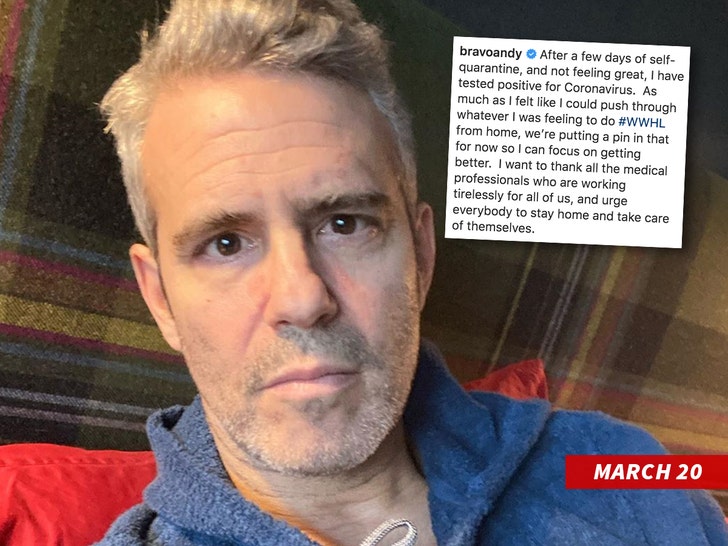 The father-son reunion happened 10 days after Andy announced he had tested positive for COVID-19. As we reported ... he said he began feeling ill as he was already self-quarantining.

Cohen was among a first wave of celebs to reveal they'd contracted the virus -- along with Idris Elba and Colton Underwood -- revealing their diagnoses about a week after Tom Hanks and Rita Wilson.