Adam Schlesinger -- co-founder of the "Stacy's Mom" band Fountains of Wayne -- is fighting for his life as he battles COVID-19.

Adam's girlfriend tells TMZ ... he's been hospitalized in upstate NY and is currently on a ventilator. She says Adam "has been sedated to facilitate his recovery. He is in critical condition, but his condition is improving slightly and we are cautiously optimistic."

A fan page for the 52-year-old singer's current band, Ivy, claims Adam's been on a ventilator for 2 weeks and is in a medically induced coma. Adam's longtime lawyer, Josh Grier, refuted that ... telling Variety "no one has used the word 'coma' to me."

Adam's GF didn't say it either when we spoke to her.

Adam co-wrote "Stacy's Mom" with Fountains of Wayne lead singer Chris Collingwood. The band dropped the track in 2003 and it peaked at No. 21 on the Billboard Hot 100 -- but the music video, starring Rachel Hunter, etched the song in pop culture. 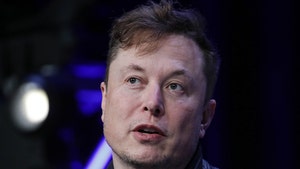