Chris Cuomo Says COVID-19 Feeling Like Flu So Far, Fears for His Family 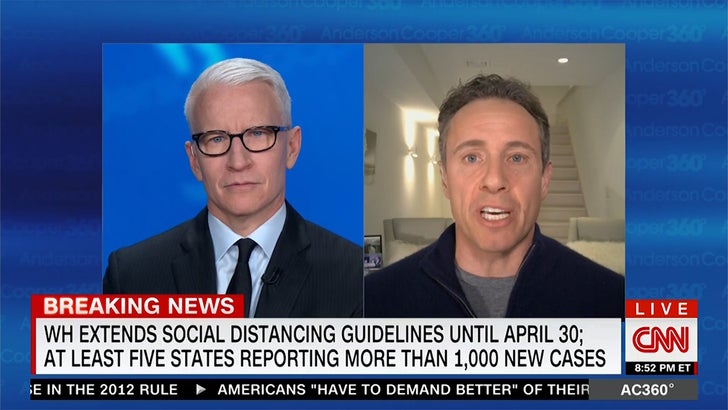 Chris Cuomo says his initial coronavirus symptoms are very similar to the flu ... and now he's worried about passing the virus along to his family as they quarantine at home.

The CNN anchor just gave Anderson Cooper the lowdown on his diagnosis ... explaining he first thought he was dealing with flu-like symptoms -- fever, chills, shortness of breath -- until his doctor dropped some knowledge on him.

It is interesting -- maybe even ironic -- Chris mentioned it feeling flu-like. As you know, CNN and others have given President Trump loads of crap, rightfully so, for initially downplaying coronavirus as just another flu, and no reason for Americans to worry.

Sure, the symptoms can be similar, but these are still two vastly different health issues ... and Chris says it makes it a lot easier for the virus to sneak up on ya. Scary stuff.

It's pretty alarming ... Chris says he's terrified his wife and children could become infected because they're all living under the same roof.

Chris is a trooper, so he's still anchoring his CNN show from his basement as long as he feels up to it ... and we gotta say, his work-from-home setup looks pretty sweet. Not a bad basement to be stuck in for a few weeks.

While Chris remains confident he can beat this thing, he explains why everyone needs to feel a sense of urgency right now. 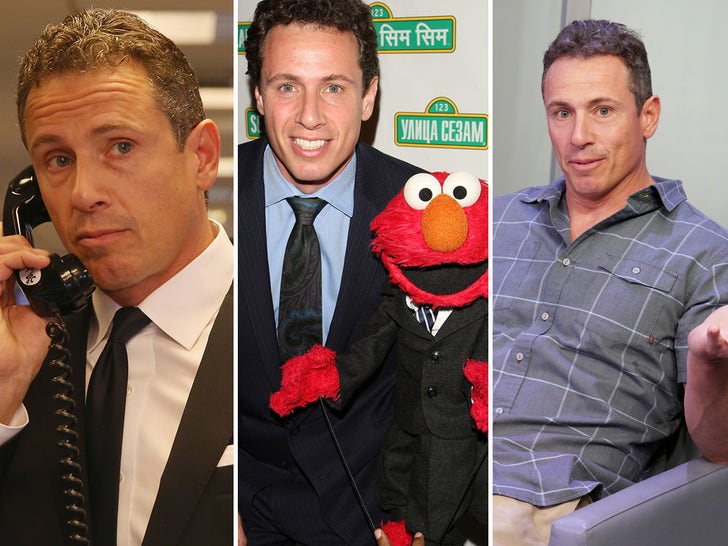 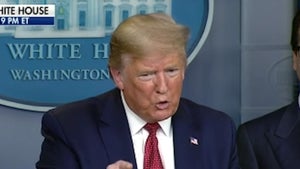