Houston Texans long snapper Jon Weeks wanted to thank 1st responders for all their hard work during the COVID-19 pandemic ... so he sent them free lunch -- FROM WHATABURGER!!

The NFL player, along with his adorable daughter, sent burgers, chicken tenders and pies to the Houston Emergency Response Center and several fire departments Tuesday ... and accompanied the food with an awesome thank you video.

"Thank you for everything that you guys are doing," said Weeks, who's been playing for the Texans since 2010. "Thank you for being there on the front lines making the ultimate sacrifice to protect us to make sure that we're safe."

Weeks added, "We hope that you guys can enjoy lunch on the Weeks family today."

In total, we're told Weeks copped 125 burgers, 125 chicken tenders, 75 cherry and apple pies and 80 cookies from Whataburger for the hard-working people ... and they couldn't have been happier about the awesome gesture. 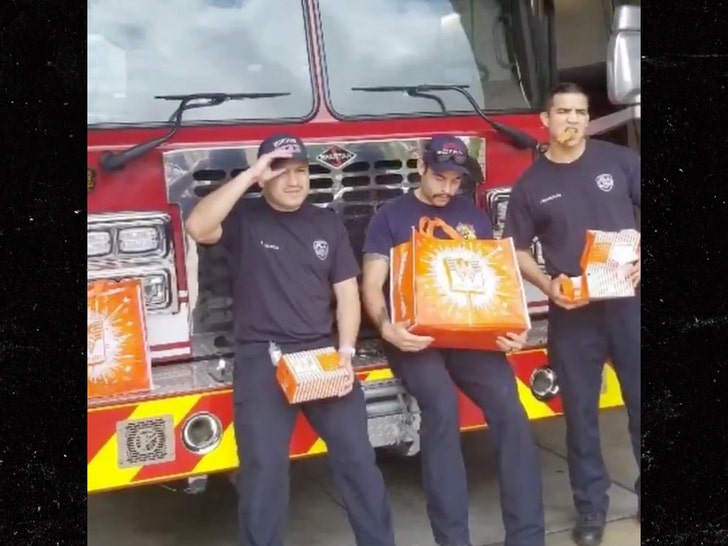 "The firefighters were very thankful," Houston Fire Department spokesperson Sheldra Brigham told TMZ Sports. "Not just for the Whataburger (which we love in Texas!) but the fact that Jon took the time to record a special message made the gesture even more special."

But Brigham tells us Weeks' action brought the crew some much-needed joy, saying, "Lunch and a special message from Jon definitely gave us all something to smile about."

A spokesperson for the emergency center added, "The staff is very grateful that they were even thought of."

Props for the cool move! 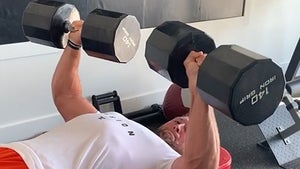