Kobe Bryant will be inducted into the Pro Basketball Hall of Fame as part of the class of 2020 -- alongside Kevin Garnett and Tim Duncan.

Players become eligible 4 seasons after their last game -- and with Kobe retiring in 2016, this was his first opportunity to get in.

The ceremony (which will be formally announced on Saturday) will take place at The Naismith Memorial Basketball Hall of Fame in Springfield, MA in August, according to Shams Charania.

It's a no-brainer -- Kobe is widely considered one of the greatest players of all time ... during his 20-year run with the Lakers, Kobe won 5 NBA titles and made the All-Star team 18 times!

Of course, Kobe passed away on Jan. 26 in a helicopter crash in Calabasas, CA. He was only 41.

Many of Kobe's friends and family members have talked about how important it was for Kobe to get in the HOF. Shaquille O'Neal even spoke about it on "Inside the NBA" in the days after Kobe's death.

“I haven’t felt a pain that sharp in a while.. it definitely changes me.”’@SHAQ on the loss of his brother, Kobe. pic.twitter.com/dM5i0DDgGK

The ceremony will undoubtedly be emotional. No word yet on who will speak on Kobe's behalf. 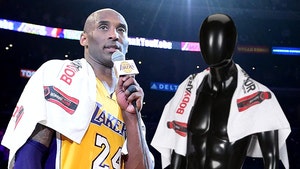