LaMelo Ball Gets Haircut From Barber In Hazmat Suit, We Had To Be Safe! 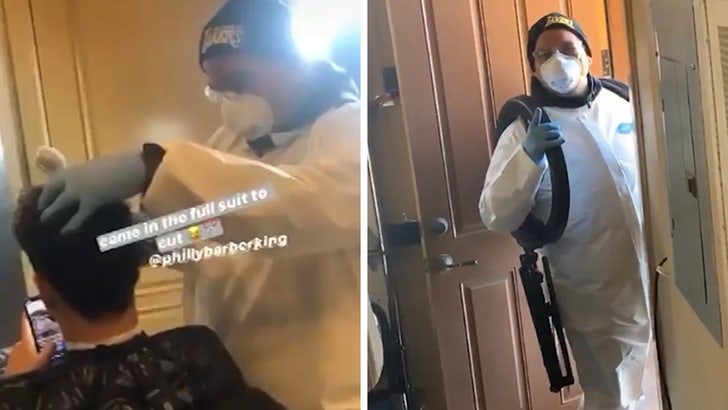 LaMelo Ball's barber took ZERO chances when it came to cutting the Big Baller's hair during the COVID-19 outbreak ... he showed up to trim Melo's head IN A FULL HAZMAT SUIT!!

We kid you not ... Philly Barber -- the famous hair guy for stars like Melo, Saquon Barkley and Patrick Mahomes -- tells TMZ Sports Melo was in desperate need of a cut, but with the global pandemic going down ... he had serious reservations about slinging around the razors. 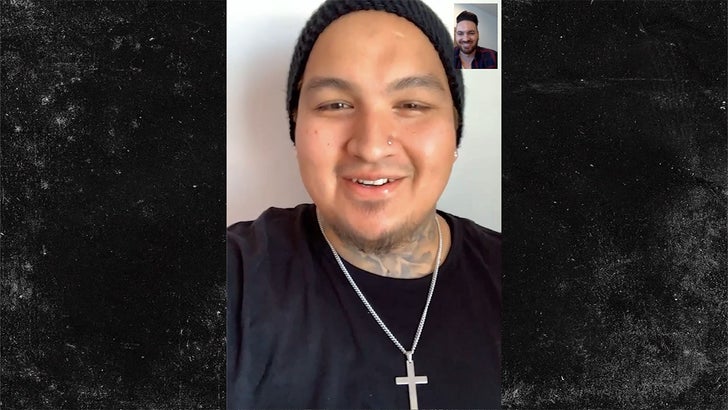 "He kept approaching me and I was like, 'Look, man, there's a lot going on right now,'" Philly says. "'We gotta practice being safe, dude.'"

But on Tuesday this week, Philly gave in and went to cut the 18-year-old's hair ... but made sure he was doing it safely -- rockin' gloves, protective goggles, a mask and a hazmat suit!

"Melo is like a brother to me and the last thing I want to see, to your wife or to any family members, you don't want to see them affected by this," Philly says.

"I did what I had to do and it looked crazy, bro."

Philly eventually got the job done ... and Melo thought it was all pretty hilarious, saying, "My boy came in here lookin' -- I'm weak!"

Pretty funny, right? But, Philly tells us he's just glad everyone came out of the cut safely ... even if the outfit had him hot as hell during the job.

As for how the cut turned out ... doesn't seem Melo was complaining about the look -- and Philly told us, "It actually really worked out."

Swagger with a side of safety. That's Big Baller for sure! 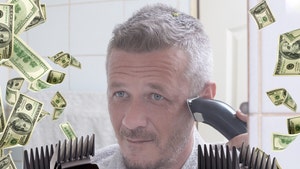 Coronavirus Forcing Americans To Cut Their Own Hair at Home 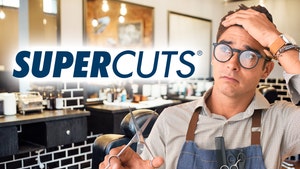