8:59 AM PT -- The Masters tournament has officially been moved to the fall ... with chairman Fred Ridley announcing Augusta National Golf Club is targeting November 9-15.

The Open Championship -- the oldest golf tournament in the world -- has been officially canceled ... all because of coronavirus.

The Royal and Ancient Golf Club of St Andrews made the announcement Monday ... with the chief executive saying they tried everything to make the 149th Open Championship happen in July.

"I can assure everyone that we explored every option for playing The Open this year but it is not going to be possible," Martin Slumbers said of the cancellation.

The PGA is expected to make announcements Monday about the fate of its high-profile events -- including the PGA Championship, U.S. Open, Masters, Ryder Cup and PGA Tour.

There is hope the Ryder Cup could proceed as scheduled -- with organizers hoping the pandemic is contained by Sept.

Meanwhile, golf courses all over America are still open for business -- as reported, officials in Arizona deemed golf an essential activity ... as long as players stay a safe distance apart on the links. 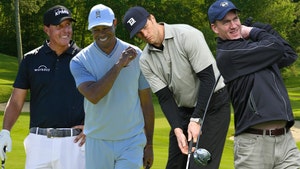 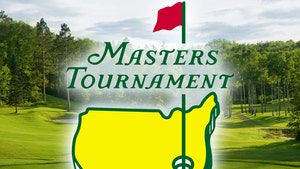