3:06 PM PT -- 4/22 -- The contracts have been finalized and the Tiger-Phil-Brady-Manning charity golf match is officially ON!!!

The G.O.A.T. foursome will play at some point next month and all swings will air live on TNT -- this according to Bleacher Report.

The venue, format, date and time are still to be determined ... but what is known is ALL of the proceeds generated by the outing will go to coronavirus relief efforts.

Getchya popcorn ready ... sports are back!!

The quartet of sports legends are reportedly set to hit a course next month in what would be America's first major sporting event since the coronavirus pandemic.

Details surrounding the matchup are a little bit murky at this point -- CNBC reports contracts are still being finalized -- but what is known is the event would benefit COVID-19 relief efforts.

The showdown is tentatively set for May ... and it's believed that the foursome will play with a small film production crew on a fanless course and adhere to social distancing guidelines.

CNBC reports the matchup could go down on TNT ... and feature some of its biggest star analysts -- like Charles Barkley -- providing off-site commentary during play.

Of course, Phil and Tiger famously battled each other in a 1-on-1 matchup back in November 2018 ... with Mickelson beating Tiger on the 22nd hole to take home a $9 MILLION prize.

SPORTS ARE BACK, BABY!!! 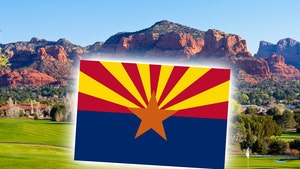 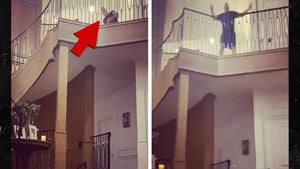