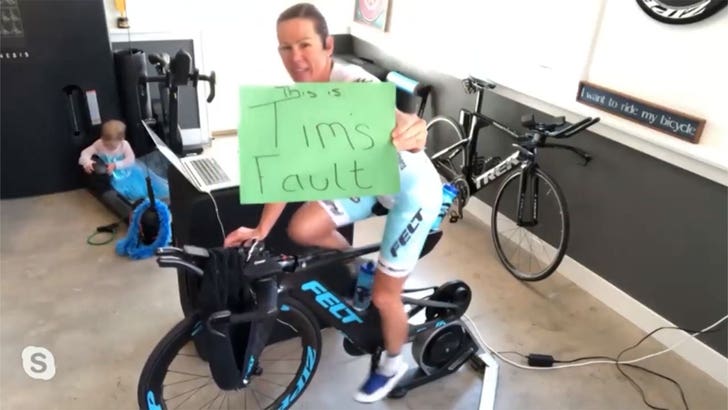 A 3-time Ironman world champion lost a virtual reality race over the weekend ... and it's all because she says her husband tripped over the power cord that tied her to the event!!

"What an idiot," the losing athlete, Mirinda Carfrae, said.

Here's the deal ... with the world under lockdown -- world-class triathletes took part in a VR Ironman race on Saturday.

The event was pretty cool ... the women performed from their living rooms, with their movements being broadcast through avatars on a screen. It's like a video game powered by actual athletes.

The problem? Carfrae's hubby, world champion triathlete Timothy O'Donnell, entered the room to show off some trophies as inspiration for the camera -- when he accidentally unplugged his wife from the race!!

"He decided to bring my trophies in here for motivation and when he walked around the back, he kicked out the plug!" the 39-year-old said. "What an idiot!"

Carfrae -- who was immediately disqualified due to the disconnect -- took her husband's gaffe in stride, writing after the race, "Really enjoyed taking part in the @ironman VR1 this weekend."

"Might take a few more days to forgive @tointri for the colossal stuff up 🤦🏼‍♀️😂. Of all the things that could have gone wrong, TO kicking out the cord was definitely not on our radar."

She added, "Regardless was a really nice way to connect with the @ironmantri community. #anywhereispossible #ironmanvr1" 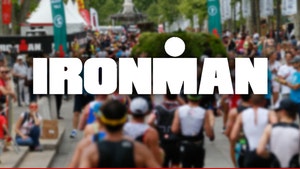