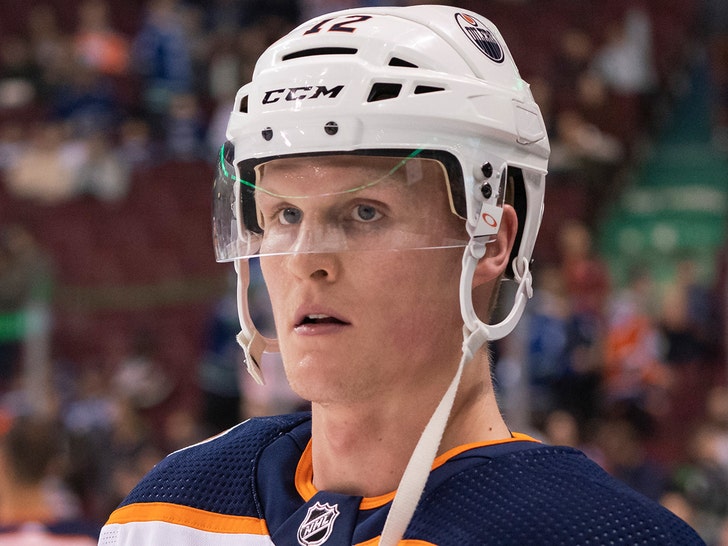 Edmonton Oilers star Colby Cave has died following a brain bleed he suffered earlier in the week -- this according to his loved ones.

The Cave family made the sad announcement Saturday, saying Colby had passed away in a hospital he'd been in for the past few days. The families -- speaking for both Colby and his wife, Emily, said ... "Both our families are in shock but know our Colby was loved dearly by us, his family and friends, the entire hockey community and many more. We thank everyone for their prayers during this difficult time."

Colby was airlifted to a hospital in Toronto Tuesday for emergency surgery to remove a colloid cyst that was putting pressure on his brain. After the surgery, he was placed in a medically induced coma -- and had been in an unresponsive state since.

It's been reported that Colby's family wasn't able to visit him in the hospital due to COVID-19 concerns. Upon hearing about his passing, the NHL community at large mourned Colby's death, including NHL honcho Gary Bettman.

The commish said, "The National Hockey League family mourns the heartbreaking passing of Colby Cave, whose life and hockey career, though too short, were inspiringly emblematic of the best of our game." He continued, "Undrafted but undaunted, Colby was relentless in the pursuit of his hockey dream with both the Edmonton Oilers and Boston Bruins organizations. An earnest and hardworking player, he was admired by his teammates and coaches. More important, he was a warm and generous person who was well-liked by all those fortunate enough to know him."

"Today is a very, very sad day. We lost one of our family. Colby was an incredible young man."#Oilers President of Hockey Operations & General Manager Ken Holland as well as @Condors Head Coach Jay Woodcroft reflect on the passing of Colby Cave. https://t.co/m2j64GXuw1

His team also paid tribute, throwing up posts and clips of his first goal and other highlights. He came to the Oilers in 2018 and played for them for two seasons. He'd played for the Boston Bruins before that, as well as several other minor league hockey teams.

Colby's wife posted a very emotional remembrance of her husband, writing ... "My heart is shattered. The amount of physical, mental, and emotional pain I am in when I think about never seeing, touching, or holding you again is unbearable. You are and will always be my person, my hero, the greatest thing to happen to me. I never dreamed of being a widow before our first wedding anniversary."

Emily added, "Although, every cell in my body is lost without you, I promise to continue to make you proud. You were the best friend, husband, doggy daddy, and oh how I wished to see you as a baby daddy. I’ll see you again soon, Colb." 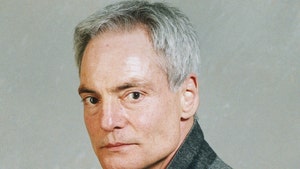 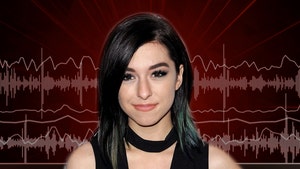