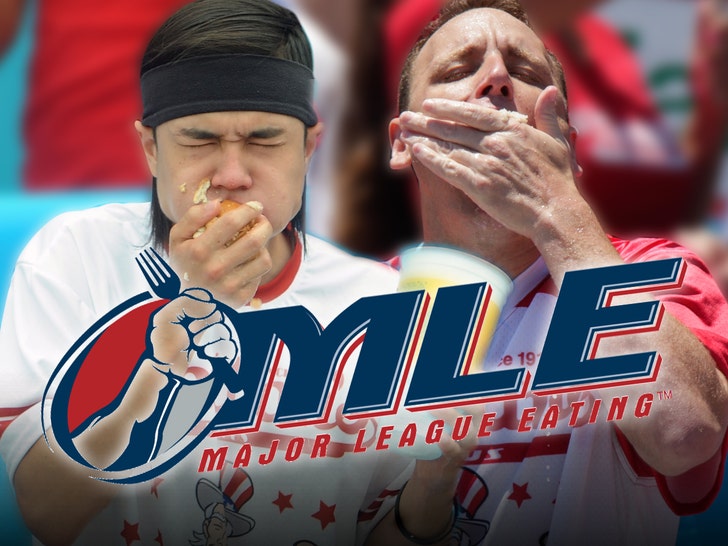 Get your mouths ready ... 'cause the fastest food eaters on the planet are teaming up for a quarantine tournament for the ages!!!

Thanks to Major League Eating, sports fans FINALLY have some competition to look forward to -- a livestreamed event on April 17.

The biggest names in the biz -- from Joey Chestnut to Matt Stonie to #1 female eater Miki Sudo -- are slated to compete ... and the food choices are extra quarantine friendly.

Quarterfinals: Milk and Cookies -- one family pack of Oreos and a half-gallon of milk

MLE chairman George Shea noted this is the first major sports competition to come back since the global pandemic ... and he sees it as a good thing.

"While there has been substantial discussion about which professional sport would be the first to return -- with baseball, basketball, golf and MMA all floating recent potential return plans -- competitive eating is first to come back. It is a powerful statement of American resilience."

To make it an even more sports-centered event, BetOnline is taking bets on who will go home the big winner!!

Speaking of the winner, whoever ends up the champ will take home a $5,000 reward!!

Both BetOnline and MLE are also donating $10k to Feeding America ... so it's for a good cause!!

There's talks Chestnut could break the baked bean eating record during the event ... and we're already praying for that dude's toilet. 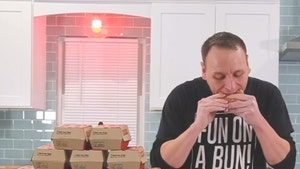