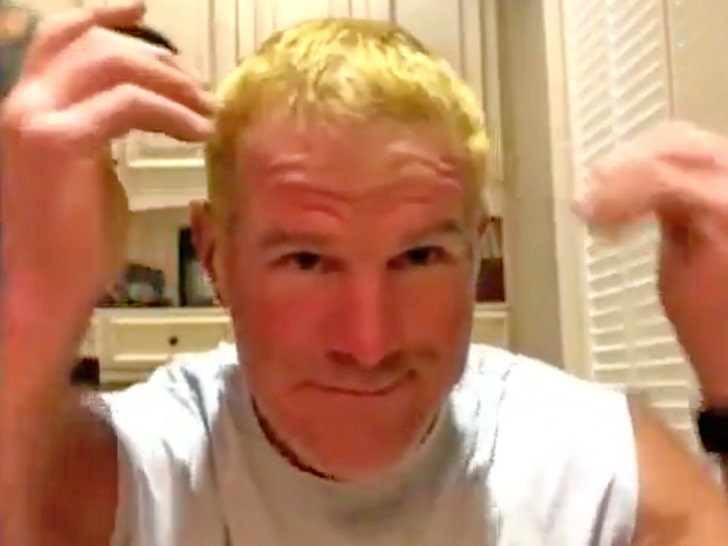 Will the real Slim Shady please stand up??

He sure will ... and it's none other than Pro Football Hall of Famer Brett Favre, who bravely let his daughter and her friends dye his hair in the name of quarantine boredom!!!

The NFL legend showed off his yellowish/orangish new look on CBS Sports HQ on Friday ... and the dude looks like he's an L.A. guy now!!

Favre was asked to pull off his hat to show the bold color ... and the guy didn't shy away from flaunting his orange noggin ... a look we've NEVER seen from #4 before.

"My daughter and 2 of her classmates have been quarantined at the house," Favre explains.

What if we told you that this interview involved an orange-haired Brett Favre talking about TikTok? pic.twitter.com/BO008pdFT1

BF says his daughters initially wanted him to make a TikTok ... but he was awful, so they tried something else.

"We got on the subject of colored hair and I said, 'color my hair, whatever!'

At first, they tried to go with a blonde look ... but Favre admits it looked too close to his grey/silver look.

"I said, 'let's go with something crazy like orange'. So, here we are."

Now, Favre claims the hair is orange ... but we're getting MAJOR Eminem vibes. 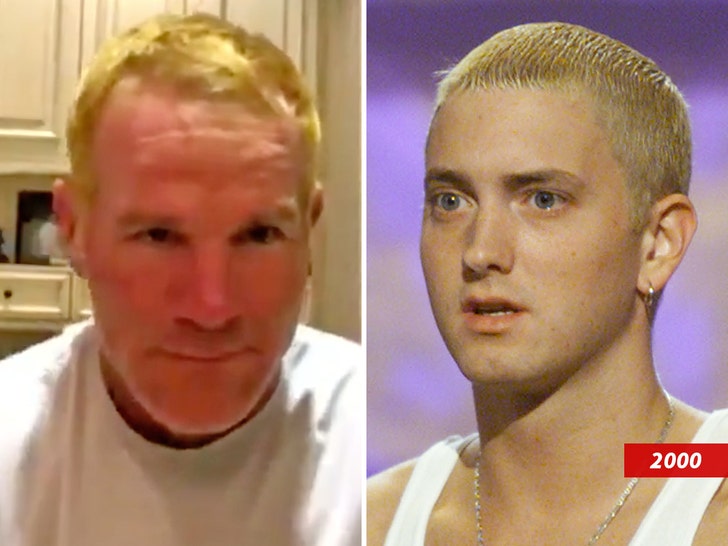 Yellow ... orange ... who cares?! Bottom line -- Favre is the ultimate sport for sacrificing his hair for his daughter's entertainment. 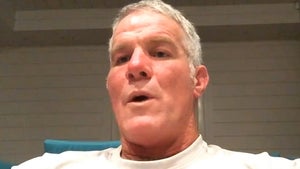 Brett Favre On Joining New Team In His 40s, Excitement and Anxiety! 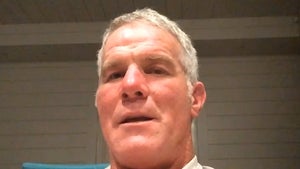