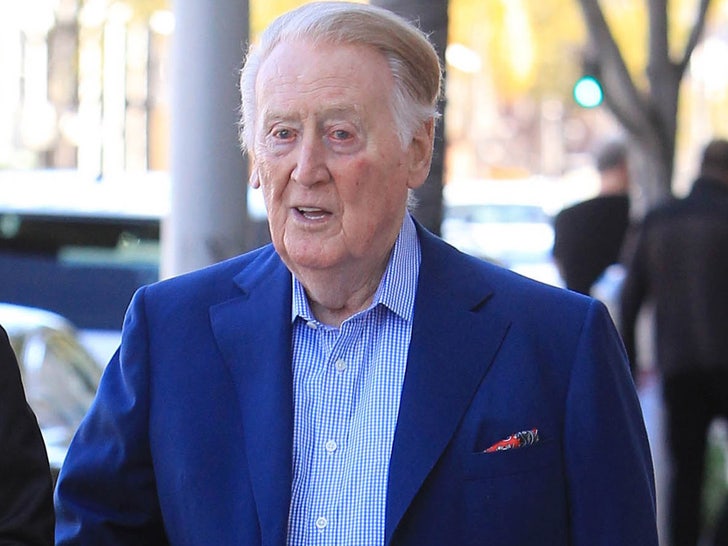 L.A. Dodgers legendary broadcaster Vin Scully is being hospitalized after taking a fall at his home on Tuesday, TMZ Sports has learned.

We're told 92-year-old Scully took a fall Tuesday afternoon at his home and medical responders transported him to a nearby hospital for treatment.

A Dodgers spokesperson tells us he's expected to be released from the hospital soon and he's currently resting comfortably and in good spirits.

In fact, Scully released a statement saying, "I won't be doing anymore head first sliding, I never liked it."

Scully is an icon -- he famously called Dodger games for 67 seasons, starting back in 1950 when the club was still in Brooklyn!

He's called some of the most memorable moments in MLB history -- including:

"A black man is getting a standing ovation in the Deep South for breaking a record of an all-time baseball idol. And, it is a great moment for all of us, and particularly for Henry Aaron, who was met at home plate, not only by every member of the Braves, but by his father and mother."

"Two outs, three and two to Mookie Wilson. Little roller up along first. Behind the bag. It gets through Buckner! Here comes Knight, and the Mets win it."

Besides baseball, Scully also called events for the NFL and the PGA Tour.

He was awarded the Presidential Medal of Freedom in 2016 and also has a star on the Hollywood Walk of Fame. 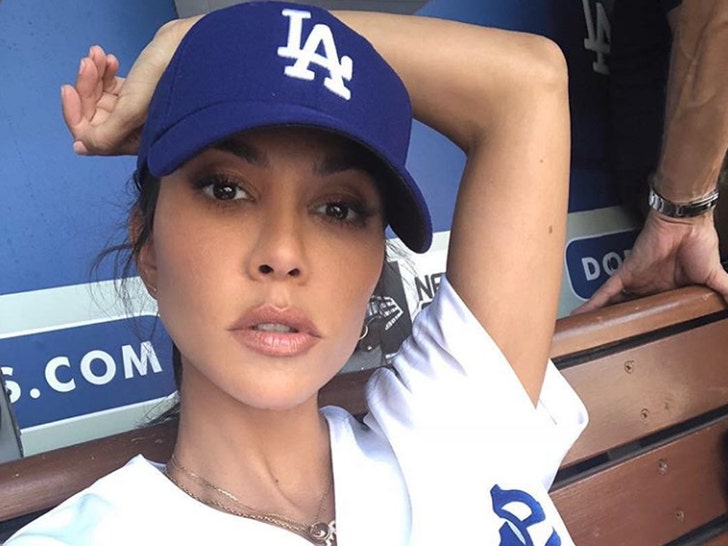 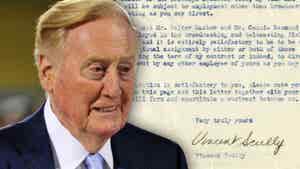 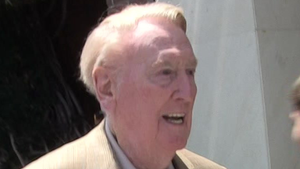 Vin Scully's Kids Protecting Him At All Costs Amid COVID-19 Outbreak, No Hugs!