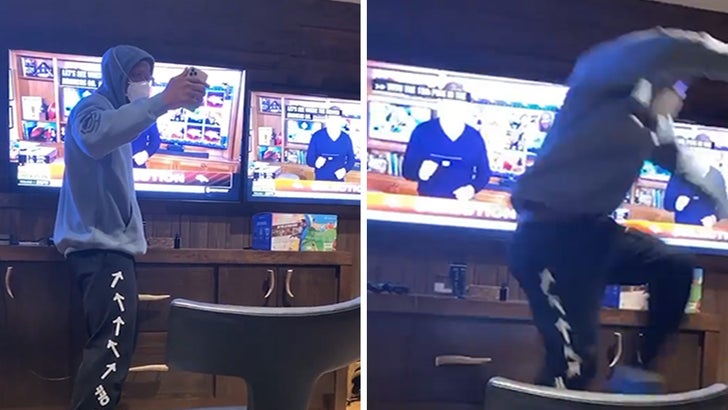 Not even coronavirus could hold back Von Miller's excitement over the Denver Broncos' draft Thursday ... 'cause the NFL superstar lost his mind over the Jerry Jeudy pick despite the virus!

Check out the video ... Von -- who was diagnosed with COVID-19 last week -- didn't let his illness get in the way of a Jeudy-to-the-Broncos dance party.

Miller, wearing a mask, hoodie and glasses, jumped up and down after Roger Goodell announced the pick ... and then ran screaming his face off.

Glad to have you in orange & blue, @jerryjeudy‼️

The 31-year-old eventually made it back to the TV ... where he broke out in an impromptu dance -- clearly fired up over his team adding yet another offensive weapon.

Of course, Von still ain't 100 percent in his battle with coronavirus ... he was coughing and didn't sound totally healthy.

But, it's clear he's on the mend ... and it's apparent Alabama receivers with superstar potential make for some nice medication for Miller.

Von has said since his diagnosis that he's been feeling OK ... and it seems he's going to pull through it all just fine.

Probably wouldn't hurt the recovery process if the Broncos made another good selection in Round 2 on Friday.