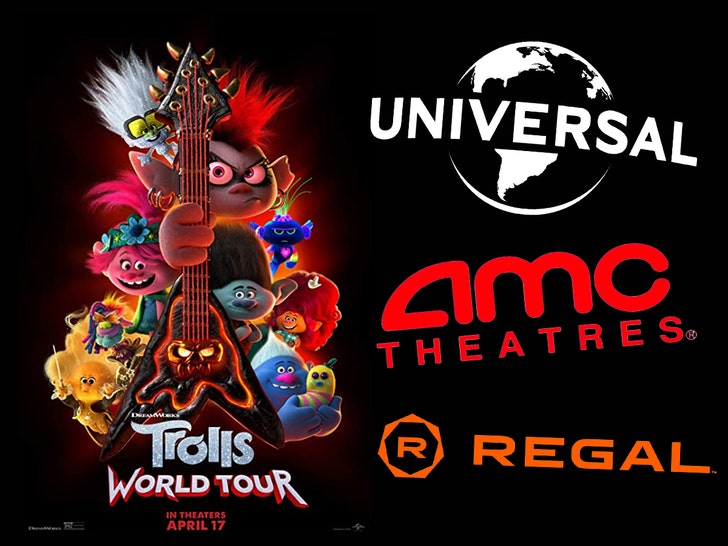 Universal made a TON of cash by skipping a theatrical release and dropping "Trolls World Tour" digitally instead -- and pissed as theater chains are ... it might well be a sign of changes to come post-pandemic.

You might've heard about the beef between the movie studio and a few cineplex bigwigs who were irate upon hearing that Universal was open to pivoting to exclusive digital releases with some of their flicks going forward when things eventually get back to normal.

This, of course, comes after 'TWT' made the globe family at least $100 million in profits through paid video on demand rentals from families sitting at home, over the course of just 3 weeks. That's miles better than what its predecessor brought in over 5 MONTHS!!!

Head honchos at AMC, Regal Entertainment and other well-known chains spoke out in harsh terms against Universal for suggesting they were gonna leave 'em hanging for platforms like Apple TV and other video-on-demand platforms in light of their success ... with AMC even vowing to drop Universal movies altogether if they followed through.

AMC is cutting off its nose to spite its face here but I have to say, it is also an INCREDIBLE flex on their part. In theory, it doesn't change the number of people who want to see Universal movies, just how available those movies are. All this over TROLLS 2? Only in Hollywood...

Bottom line ... the theaters say Universal's acting in bad faith on negotiations they apparently have with these chains, including certain windows they seem to have promised to get their pictures on the big screen, which makes theaters money too, obviously.

Numbers don't lie, though -- it's clear Universal's in a position of power here ... and if they wanted to scrap theaters, they could probably do so with the least amount of damage. Some experts say 'Trolls' is an anomaly, not a true game-changer -- but time will tell, won't it? 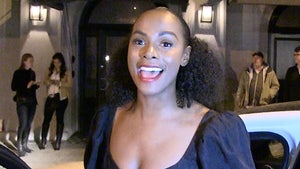 You Might Want to Rethink Money Movies Celebrity Feuds Coronavirus