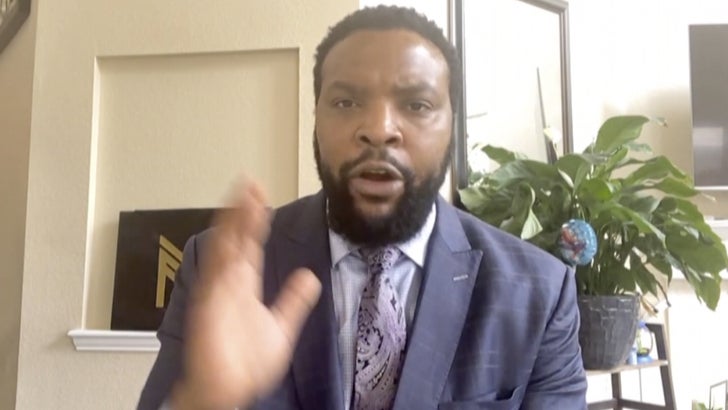 The Georgia man who shot and killed Ahmaud Arbery, a 25-year-old unarmed black man, is still walking free -- but the Arbery family attorney is trying to change that immediately.

The video of Ahmaud's killing -- released Tuesday -- is sparking national outrage and local protests near Brunswick, GA ... where he was gunned down in February. His family has hired Lee Merritt to get justice for Ahmaud by cutting through what he calls corruption in the Glynn County D.A.'s office.

Merritt joined us Wednesday on "TMZ Live" to discuss the gut-wrenching video. Lee says the first version of the story cops told Ahmaud's family was that he was shot by a homeowner while committing a burglary.

That's obvious BS, as Ahmaud was jogging down a road when Greg and Travis McMichael, both armed, cut him off with their pickup truck ... leading to the physical altercation and the fatal shots.

As for why they were tracking Ahmaud -- Merritt tells us the men are hiding behind a pretty wild GA statute about citizen's arrests.

While Ahmaud's family says he was just out for a jog, the McMichaels claim he was casing an unoccupied home and matched the description of a potential suspect in neighborhood break-ins. 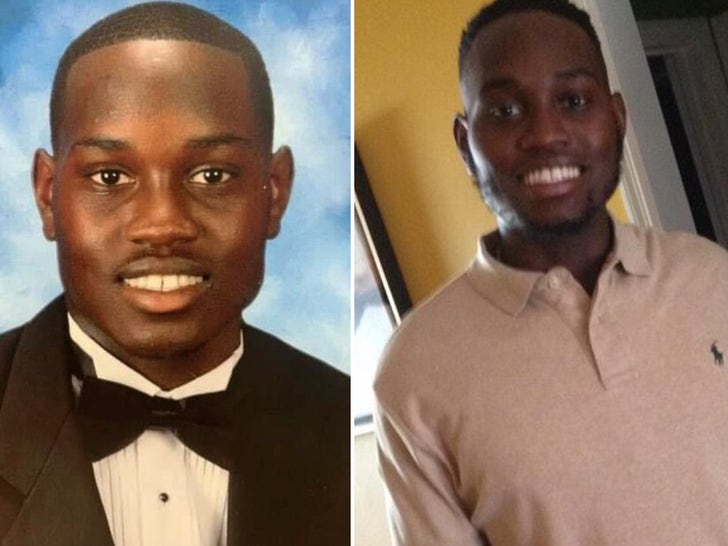 Merritt says it's time for the McMichaels to be taken into custody -- but the D.A. wants to get a grand jury to decide if they should be arrested and charged.

Merritt smells corruption because, Greg, the elder McMichael, used to work in the D.A.'s office -- but he says the video is all the evidence needed for the D.A. to issue an immediate arrest warrant. 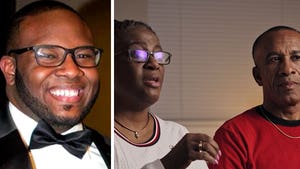 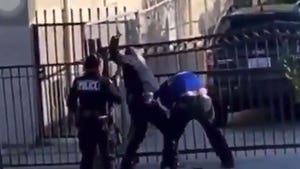