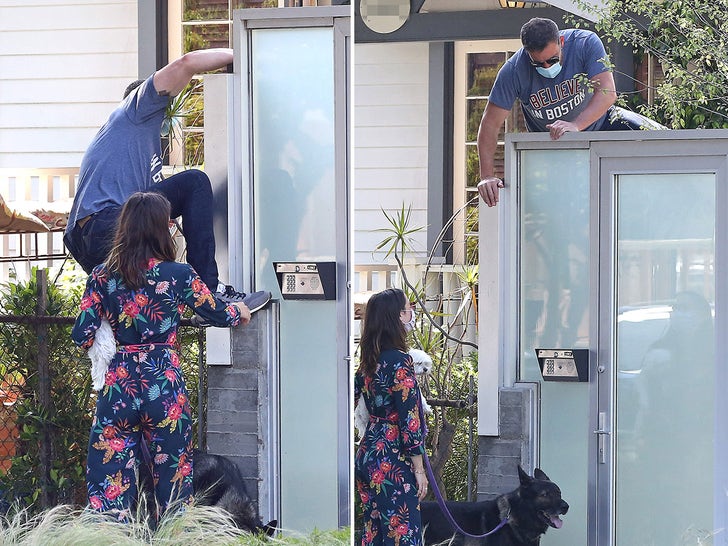 Ben Affleck doesn't need silly things like house keys or a gate code to get into his home ... as long as he's got his limbs and agility, he'll be just fine.

Ben had to channel his inner 'Batman' -- sorry for the bad memory -- when he arrived home Thursday following a dog walk with GF Ana de Armas, only to find they were locked out ... so he scaled the security fence and saved the day.

Check out the gallery ... it's not every day you see a huge celeb breaking into his own home.

Ben shimmied up the gate with relative ease, then hopped down on the other side and stuck the landing like a Russian gymnast. Ta-da!!!

Next thing you know, Ben's opening the door from the inside like a gentleman, and whisking Ana and the pups back inside. 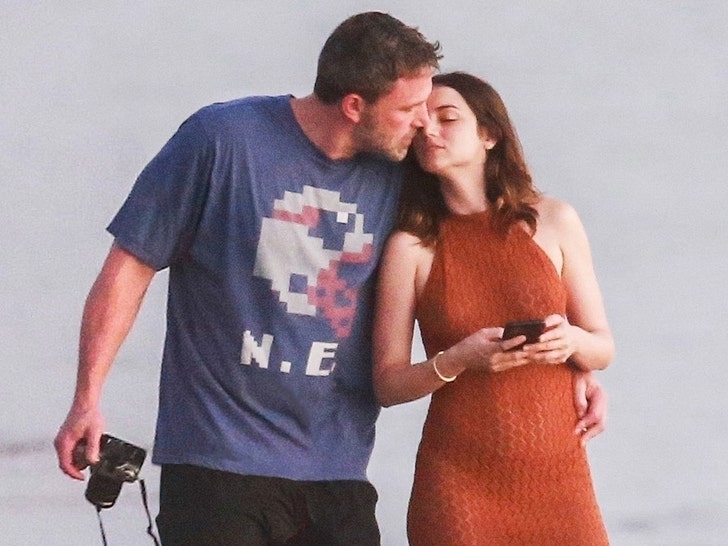 We've seen Ben go the extra mile for Ana before, like the time he played Instagram boyfriend down in Costa Rica ... so she's got herself a keeper. 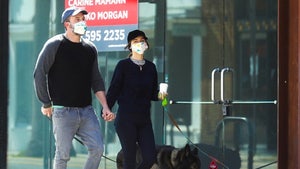 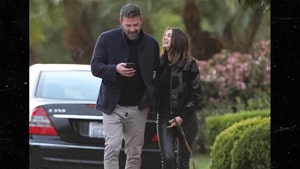