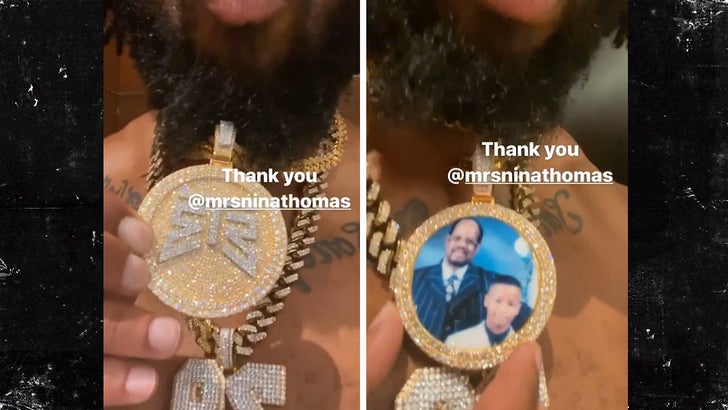 Seems Earl Thomas is on decent terms with his wife -- despite allegations she held a gun to his head -- because he's flashing a new diamond chain she got him for his birthday.

The Baltimore Ravens star turned 31 on Thursday -- and showed off his flashy new gift on social media ... a diamond pendant featuring a picture of Earl with his late grandfather, Pastor Earl Thomas.

His grandfather passed away in 2018 -- but Earl has spoken publicly about how much Pastor Earl meant to him.

TMZ Sports broke the story ... Nina was arrested on April 13 after cops say she stormed an Airbnb home in Texas and held Earl at gunpoint after she caught him cheating.

Earl posted a video statement on May 6 saying, "Stuff like this happens" -- and noting that he has "been talking" with his wife.

So, does the chain represent a full reconciliation?

No word yet ... but it seems it's heading in that direction. 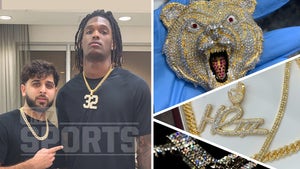