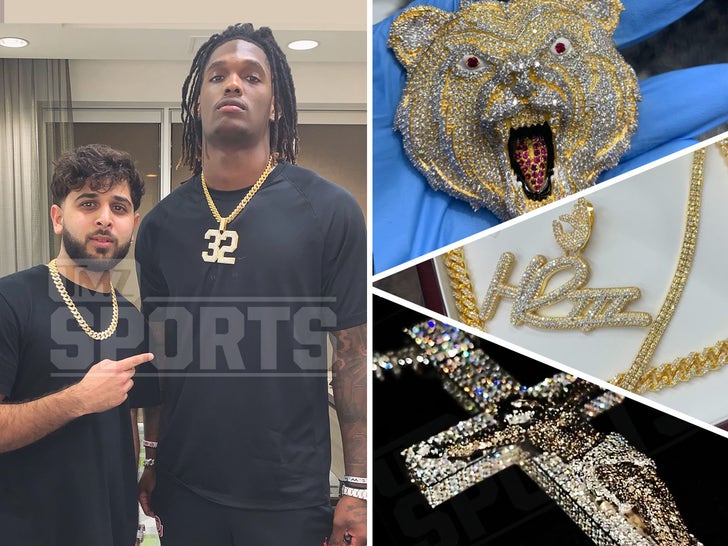 Joe Burrow did it. Same with CeeDee Lamb and Henry Ruggs.

In fact, 10 of the top NFL Draft picks got custom jewelry for their big day with VERY special meaning behind each piece ... and we got the story straight from the jeweler!

The man behind the bling is Leo Frost who runs his own shop out of Houston, outfitting some of the top athletes on the planet. 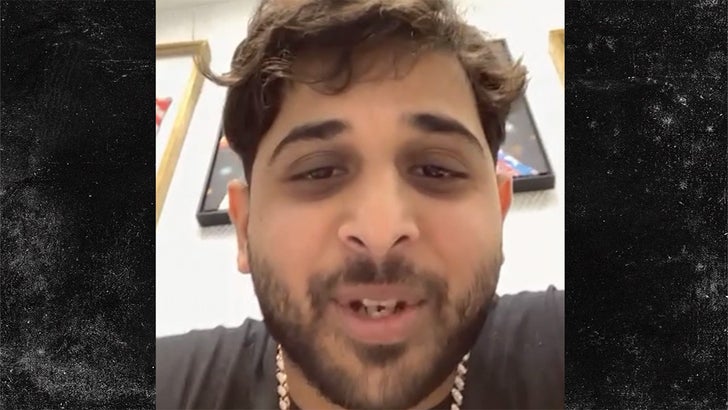 You may have seen Ceedee Lamb's #32 diamond piece -- a tribute to his late uncle.

Back before COVID-19 shut down the country, he had a face-to-face meeting with the top draft picks to brainstorm meaningful pieces of jewelry to wear on the biggest day of their lives.

Raiders WR Henry Ruggs -- who famously holds up 3 fingers every time he scores a TD -- got the same hand gesture immortalized on a chain. It's all to honor his best friend, Rod Scott, who died in a car crash in 2016.

Andrew Thomas -- the massive offensive lineman selected by the NY Giants -- got an incredible bear pendant because he embodies a giant grizzly bear!

The piece is sick ... which has rubies on the tongue and eyes and it has a "glowing effect" when you put light around it!

Joe Burrow got a #9 -- but Frost says he's working on a special secret piece for the Bengals QB. Stay tuned for that!

Yeah, they're rich now -- but Frost ain't no dummy -- hooking up the rookies with serious discounts in hopes to win back their business.