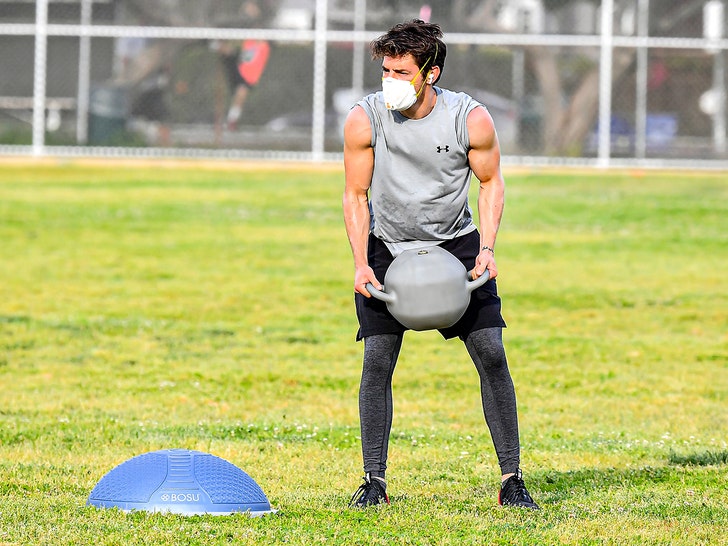 Gregg Sulkin is not letting something like coronavirus torpedo his perfectly-toned physique.

Gregg took in a workout Friday at an L.A. park, and he's clearly figured out a way to stay jacked during self-quarantine. He worked out for about an hour, and then hit up a local store for some water, all the while practicing self-distancing and wearing the obligatory mask. 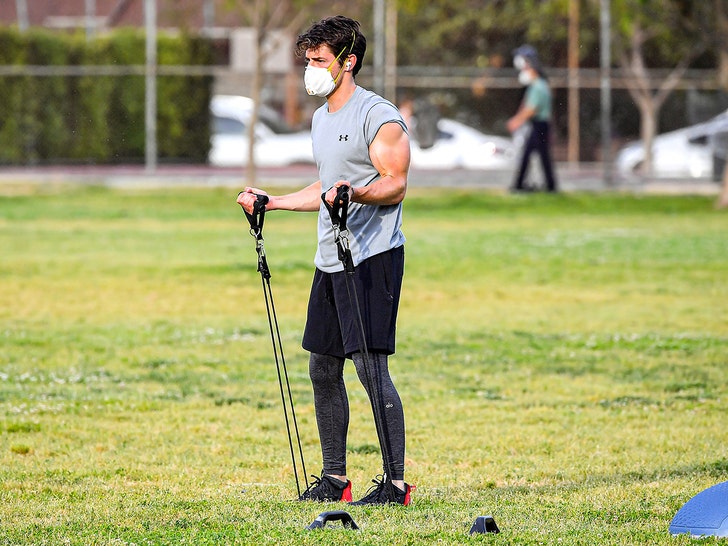 As for his equipment, Gregg pumped himself up with the help of a kettlebell and resistance bands. He's clearly used to exercising with more equipment, because judging from his muscles, he's a gym rat. 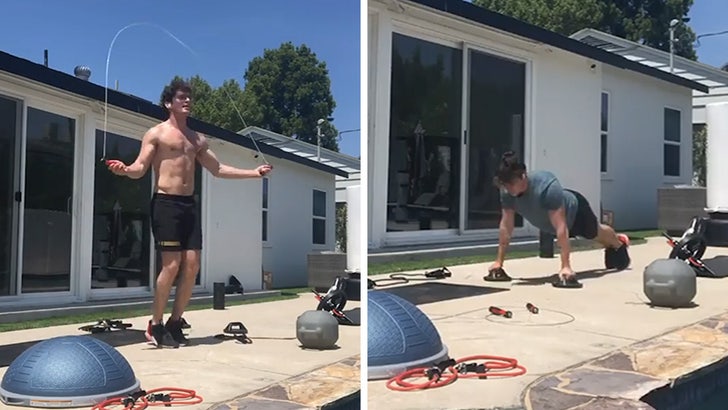 The British actor, who starred in various Disney flicks and MTV's "Faking It," clearly subscribes to the maxim, "Necessity is the mother of invention," because he's still working out like crazy, but without the barbells and weights that are standard fare.

Lots of things suck about self-quarantine, but among the most annoying has to be running into people when this is finally all over -- whenever that may be -- and finding out they actually look better than they did before going into self-isolation. Oh well. 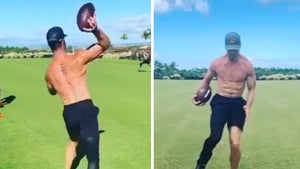 Alex Smith's Wife Praises QB's Leg Recovery On Birthday, 'Refuses To Give Up' 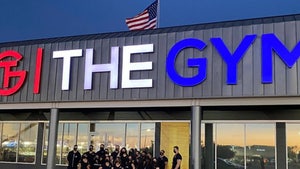